What is Sanaa Lathan's Net Worth and Salary?

Sanaa Lathan is an American actress and voice actress who has a net worth of $5 million. She has starred in many films, including "The Best Man," "Love & Basketball", "Brown Sugar," "Alien vs. Predator" and "The Family That Preys". Lathan earned critical acclaim both off-Broadway and on the Los Angeles stage.

Sanaa Lathan was born September 19, 1971 in New York City, New York.  Her first name means "piece of art" in Arabic and "art" in Swahili. Her mother Eleanor McCoy was also an actress and a dancer who performed on Broadway with Eartha Kitt. Her father Stan Lathan worked for PBS and as a producer for such shows as "Sanford & Son" and "Def Comedy Jam." She attended the Manhattan Center for Science and Mathematics. Lathan graduated from the University of California, Berkeley with a degree in English before going on to attend Yale University.

She graduated from Yale with a master's degree in Drama, where she studied with Earle R. Gister and performed in a number of Shakespeare's plays. Lathan quickly earned acclaim off-Broadway and on the Los Angeles stage. Encouraged by her father to make L.A. her professional home base, Lathan began auditioning and subsequently landed early television roles on episodes of such shows as In the House, Family Matters, NYPD Blue, and Moesha. During that same period, she won rave reviews and a Best Actress nod from the Los Angeles NAACP Theatrical Award Committee for her performance in To Take Arms.

In 1998, she gained recognition with her role as the mother of Wesley Snipes' character in "Blade." The following year, she was in "Life" with Martin Lawrence and Eddie Murphy, followed up by back-to-back roles in "The Best Man" starring Tay Diggs and "The Wood" starring Omar Epps. "The Best Man" ended up being one of the top ten highest grossing African American films in history, and Lathan received a NAACP Image Award nomination for her performance.

Lathan and Epps teamed up again to play a passionate sporty couple in the 2000 romantic sports drama film "Love & Basketball." Her performance earned her the 2001 NAACP Image Award for Outstanding Actress in a Motion Picture, and she picked up a BET Award and an Independent Spirit Award nod for Best Actress. In 2000, Lathan appeared alongside Teri Garr and Julianna Marguiles in the off-Broadway production of "The Vagina Monologues."

Lathan net appeared in 2001's "Catfish in Black Bean Sauce" and earned further critical acclaim. Next up was an appearance in the HBO film "Disappearing Acts," based on a novel by Terry McMillan. Her work earned her an Essence Award for Best Actress and that same year she was named by Ebony magazine as one of its 55 Most Beautiful People. Lathan was honored in a ceremony by Essence Magazine and BET. In 2002, Lathan picked up another NAACP Image Award nomination when she starred in "Brown Sugar" with Taye Diggs, Queen Latifah, and Mos Def. "Brown Sugar" also received an NAACP Image Award for Outstanding Motion Picture. 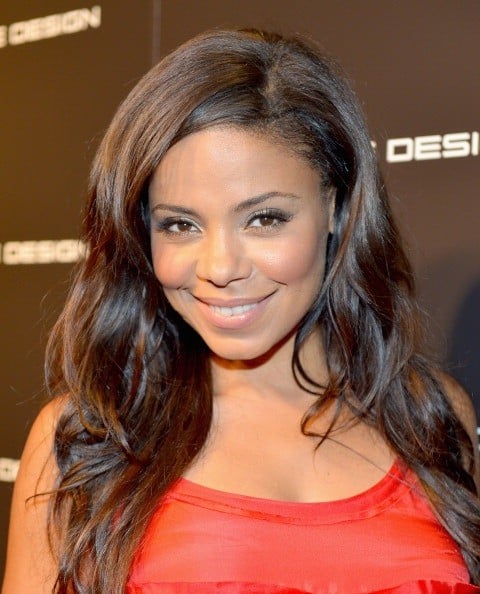 Lathan was nominated in 2004 for a Tony Award for her performance as Beneatha Younger on Broadway in "A Raisin in the Sun" Years later, she reprised her role in an ABC network production of the play. In 2010, she starred in the all-black performance of Cat on a Hot Tin Roof at the Novello Theatre in London. Lathan was cast in the title role in Second Stage Theatre's By The Way, Meet Vera Stark by Pulitzer Prize winner Lynn Nottage co-starring Stephanie J. Block, and David Garrison. In 2011, Lathan co-starred in the Steven Soderbergh thriller Contagion alongside Matt Damon, Jude Law, Marion Cotillard, Kate Winslet, Gwyneth Paltrow, Bryan Cranston and Laurence Fishburne. In 2009, Lathan starred with Matthew Broderick in "Wonderful World." From 2009-2013, she voiced the character Donna Tubbs on "The Cleveland Show."

In 2011, she starred alongside Anthony Mackie and Forest Whitaker in Vipaka, a psychological thriller. She also played series regular Mona Fredricks in the second season of Starz' original series Boss, starring Kelsey Grammer. In 2013, Lathan co-starred with Denzel Washington in "Out of Time." She was then cast in the lead role in "Alien vs. Predator," a box office hit that grossed over $171 million worldwide. In 2013, Lathan reprised her role in "The Best Man"'s sequel, "The Best Man Holiday." In 2016, she appeared in "Now You See Me 2,," a box office success. In 2017, she made a return to the small screen with a lead role in the TV series "Shots Fired."

Next up, Lathan was added to the main recurring cast of Showtime's "The Affair" where she played Janelle Wilson, the boss of Noah Solloway (played by Dominic West) turned love interest. She appeared in "The Affair" for both season four as well as the fifth and final season of the show. In 2020, she had a recurring role in 3 episodes of "Harley Quinn," voicing Selina Kyle / Catwoman. She is slated to appear as Robyn in 2021's "The Best Man: The Final Chapters.

Lathan was married to actor Shemar Moore from 1991-1996. She and Omar Epps secretly dated during the filming of "Love & Basketball," with only the director clued in. It was important to both of them to keep it professional during the production and release of the movie. They eventually split. Lathan has been linked to a few high-profile men since, including rapper French Montana, but she remains happily single as of this writing. 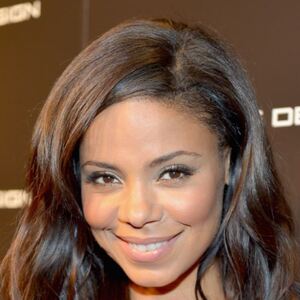