Sam Witwer Net Worth: Sam Witwer is an American actor and musician who has a net worth of $1.5 million. Sam Witwer was born in Glenview, Illinois in October 1977. He first appeared in a Chicago Bulls commercial. In 2001 he made his television debut in the TV series ER, Arli$$, and Murder in Small Town X. From 2004 to 2005 Witwer starred as Crashdown in the TV series Battlestar Galactica. From 2008 to 2009 he starred as Davis Bloome in the television series Smallville. Witwer provided voice work for the TV series Star Wars: The Clone Wars from 2011 to 2013. Since 2011 he has starred as Aidan Waite in the TV series Being Human. Witwer has also starred in the movies Crank, The Mist, Pathology, Gamer, No God, No Master, and The Return of Joe Rich. He has appeared in episodes of the TV series Dark Angel, Angel, Star Trek: Enterprise, JAG, Cold Case, Dragnet, NCIS, Bones, Dexter, It's Always Sunny in Philadelphia, CSI: Crime Scene Investigation, The Walking Dead, and Grimm. Samuel won an Online Film & Television Association Award for Best Voice-Over Performance for playing Darth Maul in Star Wars: The Clone Wars. He is the lead singer for the band The Crashtones who released their debut album in 2006. 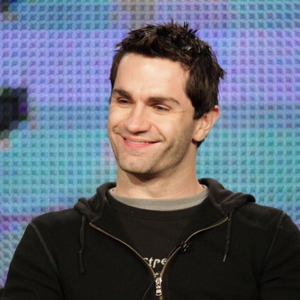