Samm Levine net worth: Samm Levine is an American actor and comedian who has a net worth of $2 million. Samm Levine was born in Chicago, Illinois in March 1982. He started doing standup at 12 years old. As an actor he starred as Neil Schweiber in the television series Freaks and Geeks from 1999 to 2000. In 2013 he stared as Josh Stern in the TV series Do No Harm. He has had recurring roles in the TV series The Steve Harvey Show, Maybe It's Me, Regular Joe, Life As We Know It, Still Standing, Vamped Out, NCIS, Breaking In, Selfie, Wet Hot American Summer: First Day of Camp, and Crunch Time. Levine starred as PFC Hirschberg in the 2009 movie Inglourious Basterds. He has also starred in the movies Wet Hot American Summer, Not Another Teen Movie, After School Special, Club Dread, Pulse, Sydney White, Made for Each Other, I Love You, Beth Cooper, Anderson's Cross, Columbus Circle, Jobs, and Promoted. He is also the sidekick and fill-in host for the Internet talk show Kevin Pollak's Chat Show. Levine was nominated for a Young Artist Award in 2000 for Freaks and Geeks. 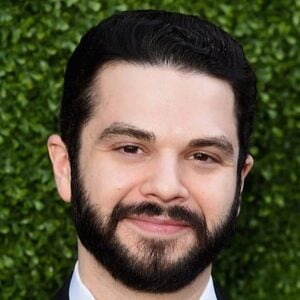