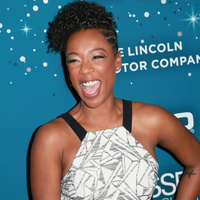 Samira Wiley net worth and salary: Samira Wiley is an American actress who has a net worth of $3 million. Samira Wiley was born in Washington, D.C. in April 1987. She is probably best known for playing the role of Poussey Washington in the Netflix series Orange Is the New Black. Wiley graduated from the Duke Ellington School of the Arts and the Juilliard School. She starred in a production of Love's Labour's Lost in 2011. The same year she had a recurring role as Gina in the television series Unforgettable and starred in the movie The Sitter. She starred in the movies Being Flynn in 2012 and Rob the Mob in 2014. Her best known role has come starring as Poussey Washington in the TV series Orange Is the New Black. Samira appeared in 50 episodes of Orange is the New Black during the show's run between 2013 and 2017. Wiley won a Screen Actors Guild Award in 2015 for Orange Is the New Black. Starting in 2017, Samira began appearing in the critically acclaimed Hulu series The Handmaid's Tale. Samira is a lesbian and became engaged to Orange Is the New Black writer Lauren Morelli in 2016. They married in 2017.