Samara Weaving net worth: Samara Weaving is an Australian actress and model who has a net worth of $3 million. Samara Weaving was born in Adelaide, Australia in February 1992. She made her debut starring as Kirsten Mulroney on the television series Out of the Blue in 2008. Weaving starred as Indi Walker on the TV series Home and Away from 2009 to 2013.

She had recurring roles on the TV series Squirrel Boys as Kelly in 2015 and Ash vs Evil Dead as Heather from 2015 to 2016. Samara Weaving starred as Irma Leopold on the TV mini-series Picnic at Hanging Rock in 2018. She began starring as Nelson Rose on the series SMILF in 2017. Samara Weaving has appeared in films including Mystery Road, Monster Trucks, Mayhem, Three Billboards Outside Ebbing, Missouri, The Babysitter, Ready or Not, and more. In 2018 she won a Screen Actors Guild Award for Three Billboards Outside Ebbing, Missouri. Samara's father Simon's brother is actor Hugo Weaving. 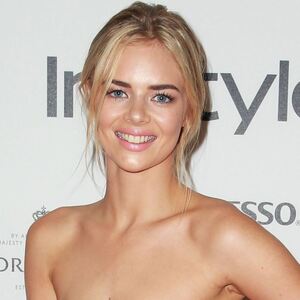