She made her film debut in the Telugu movie "Ye Maaya Chesave" as Jessie Thekekuttu, earning a Filmfare Award for Best Female Debut – South. Prabhu appeared in several other films in 2010, including the Tamil movies "Vinnaithaandi Varuvaayaa", "Baana Kaathadi", "Moscowin Kavery", and "Nadunisi Naaygal". She was nominated for a Best Actress Award at the Filmfare Awards for her performance in 2011's "Dookudu" and won the same award a year later for "Eega". Prabhu won again in 2012 for "Neethaane En Ponvasantham". Her other film credits include "Naan Ee", "Yeto Vellipoyindhi Manasu", "Seethamma Vakitlo Sirimalle Chettu", "Jabardasth", "Theeya Velai Seiyyanum Kumaru", "Ramayya Vasthavayya", "Manam", and "Autonagar Surya". Prabhu has successfully landed endorsement deals with several local and international brands, including Lux, Paragon, Neutrogena, Coca Cola, and Mayil Mark Rice. She works with a handful of charitable organizations and helped found NGO Pratyusha Support, which helps women and children with financial issues. 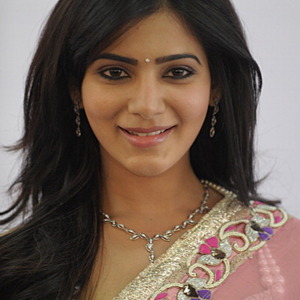