Samantha Morton Net Worth: Samantha Morton is an English actress and film director who has a net worth of $10 million dollars. Samantha Morton was born in Nottingham, England in May 1977. At seven years old she was made a ward of court and did not live with her parents ever again.

At 13 she joined the Central Junior Television Workshop and made her first appearance in the TV series Solider Solider in 1991. From 1995 to 1996 she starred as Tracy Richards in the series Band of Gold. Morton starred in the 1997 mini-series The History of Tom Jones, a Foundling. From 2002 to 2013 she voiced the role of Ruby on the series Max and Ruby. Morton has starred in the movies Under the Skin, This Is the Sea, Sweet and Lowdown, Eden, Minority Report, In America, Longford, River Queen, Lassie, The Daisy Chain, The Messenger, John Carter, Cosmopolis, Decoding Annie Parker, and The Harvest. Morton made her directorial debut in 2009 with The Unloved and won a BAFTA TV Award. She won a Golden Globe Award in 2008 and has been nominated for two Academy Awards and Primetime Emmy Award. Samantha has two children with Harry Holm. 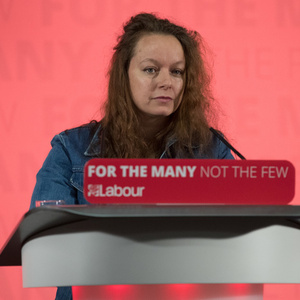