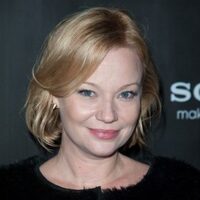 Samantha Mathis net worth and salary: Samantha Mathis is an American actress who has a net worth of $4 million. Samantha Mathis was born in Brooklyn, New York in May 1970. She is the daughter of actress Bibi Besch. She starting acting professionally at 16 years old and her first job was in a commercial. In 1988 Mathis starred as Roseanne Miller in the television series Aaron's Way. From 1988 to 1989 she starred as Jacqueline "Jake" Monroe in the TV sears Knightwatch. Mathis starred as Alice Calvert in the series Under the Dome in 2013. She has also starred in the movies Pump Up the Volume, This Is My Life, The Music of Chance, Super Mario Bros., The Thing Called Love, Little Women, Jack and Sarah, How to Make an American Quilt, The American President, Broken Arrow, Sweet Jane, The Simian Line, American Psycho, The Punisher, Salem's Lot, Kids in American, and Atlas Shrugged: Part II. She was nominated for a Screen Actors Guild Award in 1996 for How to Make an American Quilt and for a Young Artist Award in 1993 for This Is My Life. From 2015 – 2016, she appeared in 17 episodes of The Strain.  Samantha Mathis was dating fellow actor River Phoenix at the time of his death of a drug overdose in 1993.