Samantha Harris Net Worth: Samantha Harris is an American TV host who has a net worth of $6 million. Samantha Harris was born in November of 1973 and is best known for her work on Dancing with the Stars, on which she was a co-host with Tom Bergeron for multiple seasons of the show, two through nine. From 2007 to 2016 she co-hosted the series Entertainment Tonight. Samantha Harris has also appeared on episodes of the TV series Who Wants to Be a Millionaire, E! Live from the Red Carpet, Stars Earn Stripes, The Pyramid, Hollywood Today Live, Extra, Home & Family, The Doctors, and more. As an actress she has appeared in films and on TV series including D3: The Mighty Ducks, Reefer Madness, CSI: Crime Scene Investigation, and Surviving Gilligan's Island. Samantha Harris has been nominated for Primetime Emmy Awards in 2006 and 2007 for Dancing with the Stars.

Hailing from Hopkins, Minnesota, Harris's parents founded a renaissance festival called King Richard's Faire. Harris grew up in a traditional Jewish family. She graduated with a degree from Northwestern University. In 2005 Harris married Michael Hess. The couple has two children, the first of whom was born in 2007. Harris took a break from hosting Dancing with the Stars to take maternity leave, before returning for the rest of the season. Three years later their second child was born, after which is left her post at Dancing with the Stars and was replaced by Brooke Burke. Harris announced that the move was to focus on other career ventures, such as her stint on The Insider and Entertainment Tonight. Harris announced in April of 2014 that she suffered from breast cancer and would have a double mastectomy. 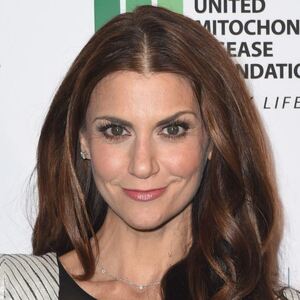