How much is Samantha Brown Worth?

Samantha Brown net worth: Samantha Brown is an American television host who has a net worth of $1.5 million dollars. Samantha Brown was born in Dallas, Texas, and grew up in New Castle, New Hampshire. She went on to attend Chapman College, and then transferred to Syracuse University, where she majored in Musical Theater. She began her professional on-camera career appearing in commercials, and first gained notice as the spokesperson for Century Cable. From there, she went on to serve as a spokesperson for multiple other brands, including HP Pavilion, ECCO Shoes, and most recently, Cedar Point Amusement Park. In the late 90s, she was hired to serve as a host for the Travel Channel. She has served as the host for such travel series as "Girl Meets Hawaii", "Great Hotels", "Passport to Europe", and "Passport to Latin America". She has also hosted multiple specials for the Travel Channel, and recently launched her own line of luggage. 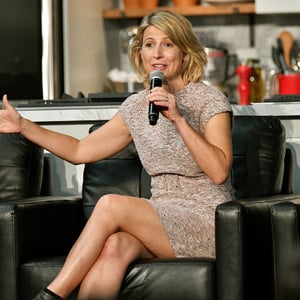