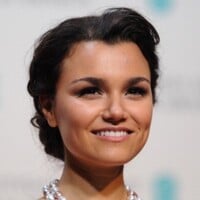 Samantha Barks Net Worth: Samantha Barks is an English actress and singer who has a net worth of $2 million. Samantha Barks was born in Laxey, Isle of Man in October 1990. She started dancing at three years old. Barks' debut studio album Looking in Your Eyes was released in April 2007 but only sold about 600 copies. She won Best Foreign Singer and $2000 pounds representing the Isle of Man in 2007 at the Maltese International Song Competition. Samantha competed in I'd Do Anything in 2008 to win a lead role in the West End British musical Oliver!. Barks finished in third place and had the Isle of Man renamed the Isle of Sam as a sign of support. Barks starred in Les Miserables in Concert: The 25th Anniversary in 2010. She also played Eponine in the 2012 film Les Miserables and was featured on the soundtrack. In 2012 she starred as Zoe in the TV series Groove High. Samantha has also starred as Emily Barstow in the 2013 film The Christmas Candle and as Baba Yaga in the 2014 film Dracula Untold. She has provided voice work for the 2013 film Jack and the Cuckoo-Clock Heart and in the TV series Robot Chicken. For her work in Les Miserables she was nominated for a Screen Actors Guild Awards, Satellite Awards, and Broadcast Film Critics Association Awards. Barks was scheduled to star in the upcoming film Dracula but has been dropped from the picture.