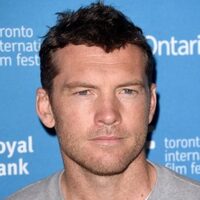 What is Sam Worthington's Net Worth and Salary?

Sam Worthington is an Australian actor who has a net worth of $30 million. He is best known for his roles in the films "Avatar", "Terminator Salvation", and "Clash of the Titans".

Samuel Henry John Worthington was born in Godalming, Surrey, England, on August 2, 1976. Although he was born in England, he and his family moved to Perth, Western Australia, when he was just six months old. In Australia, he grew up in Warnbro, a suburb of Perth, along with his sister Lucinda. His mother, Jeanne J. (née Martyn), was a homemaker, and his father, Ronald W. Worthington, worked as a power plant employee.

Worthington was a student at John Curtin College of the Arts, in Fremantle, Western Australia. The school specializes in the dramatic arts. There, he studied drama, but did not actually graduate. After he left school, he worked a series of odd jobs, including in construction, and settled in Sydney. It was while in Sydney and working as a bricklayer that he landed a scholarship to the National Institute of Dramatic Art (NIDA).

One of Worthington's first acting roles was alongside Adam Garcia in the Australian dance film "Bootmen" (2000). Then, in 2003, he starred in the low budget Australian comedy film "Gettin' Square". "Getting' Square" was actually nominated for several awards at Australian ceremonies, such as the AFI Awards, Inside Film Awards, Australian Comedy Awards, and the Critics Circle Awards. He followed this up in 2004 with the film "Somersault", for which he actually won the AFI Award for Best Lead Actor. He then gained greater recognition in Australia for his role in the popular television series "Love My Way" (2004), as Howard, the main character's love interest.

Worthington's big break that truly catapulted him into widespread international fame came in 2009, when he starred in James Cameron's sci-fi epic film "Avatar". "Avatar" broke records as the highest-grossing film of all time, grossing more than $2.73 billion worldwide ($3.3 billion after adjusting for inflation). It held the record for highest-grossing film for a decade until "Avengers: Endgame" broke it in 2019. In fact, before he landed his breakout role in "Avatar", Worthington had sold most of his belongings for about $2,000 and was living in his car.


Worthington was first linked to Australian actress Lara Bingle in October 2013. They married in December 2014, and have two sons together: Rocket Zot (born in 2015) and Racer (born in 2016). Worthington had a brush-in with the law in February 2014, when he was arrested in New York City for punching the paparazzo Sheng Li. The encounter began when Li allegedly kicked Worthington's girlfriend, Bingle, in the shin. Worthington was able to avoid jail time by accepting a conditional discharge deal. Li later filed a $3.7 million civil lawsuit against Worthington, but the two parties settled out of court and did not ultimately go to trial.

In May 2018, Worthington and his wife Lara Bingle dropped $8 million to buy a mansion in Los Angeles. The seller was actor Simon Kinberg. Sam and Lara listed this home for sale in February 2020 for $9.25 million. In May 2021, Sam and Lara finally accepted $8.2 million. Here's a video tour of their former property: