What is Sam Waterston's Net Worth and Salary?

Sam Waterston is an American actor, producer, and director who has a net worth of $20 million. After beginning his career as a stage actor in New York, Waterston subsequently appeared in a number of films throughout the 70s and 80s. Although his film career eventually slowed down, he continued to appear in a number of stage productions. Sam is known for appearing in Woody Allen films and for his starring role as Jack McCoy in "Law & Order." He is also known for films such as "The Killing Fields" and "The Great Gatsby." Today, fans may recognize him from recent projects like the Netflix series "Godless," the HBO drama series "The Newsroom," films like "On the Basis of Sex" and the 2022 Hulu series "The Dropout."

Over the course of his career, he has won a number of awards, including nominations for Tony Awards, Academy Awards, Drama Desk Awards, Golden Globe Awards, Outer Critics Circle Awards, Screen Actors Guild Awards, and many others. In 2010, he received a star on the Hollywood Walk of Fame, and in 2012 Waterston was inducted into the American Theatre Hall of Fame.

Samuel Atkinson Waterston was born on November 15th of 1940 in Cambridge, Massachusetts. Raised alongside three siblings by a teacher and a painter, Waterston encountered artistic pursuits at an early age. After graduating from high school, Sam attended Yale University, studying acting. He eventually graduated in 1962 with a BA.

During the beginning of Sam's career in the 60s, he became renowned for his roles in various productions of Shakespeare plays, such as "Much Ado About Nothing" and "Hamlet." He also appeared in Broadway plays such as "Indians." By the 70s, he was beginning to appear in both film productions and stage productions. A major breakthrough for Waterston came in 1974, when he played the role of Nick Carraway in "The Great Gatsby." During this period, he also earned fame for appearing in Woody Allen's "Interiors."

While he was appearing in a number of films in the 70s, it is fair to say that stage work was always Waterston's priority, especially during the early phase of his career. During the 70s, he also found time to appear in the off-Broadway adaptation of Shakespeare's "Measure for Measure," joining well-known actors such as Meryl Streep and John Cazale. By the 80s, he was also appearing in plays such as "Benefactors" and "Abe Lincoln in Illinois," the latter of which earned him considerable critical praise. During the 80s, he also won praise after acting in the film "The Killing Films," for which he was nominated for an Academy Award for Best Actor. He also worked with Woody Allen extensively during the 80s, appearing in three of his films over the course of the decade. 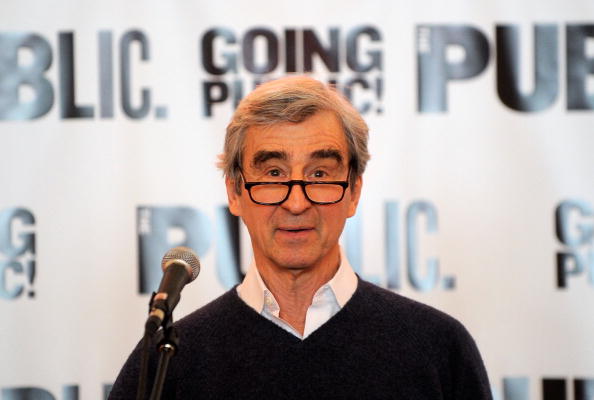 In the 90s, he continued his film work with movies like "The Man in the Moon," "Serial Mom," and "Nixon." During the 90s, he also accepted his first substantial TV role, booking the starring role of Jack McCoy in "Law & Order." The series originally ran from 1994 to 2010 before re-launching in 2022. Waterson has appeared in over 370 episodes of the series.

After the 2010s, Waterston has continued to appear in a number of stage performances throughout the country, focusing on Shakespeare productions in many cases. He has also appeared in films like "Miss Sloane" and "On the Basis of Sex." In terms of post-2010s television work, he is best known for his appearances in series like "The Newsroom," and "Grace and Frankie."

In 2022 Sam portrayed George Shultz in the Hulu series "The Dropout."

Waterston divorced his first wife in 1975 after the couple had one child together. A year later, he married his second wife – a model. They subsequently had three children together.

In 2019, it was reported that Sam Waterston and Jane Fonda had been arrested in Washington, D.C. after taking part in climate change protests. Waterston is an outspoken commentator on various political issues, and he works with a number of activist groups. 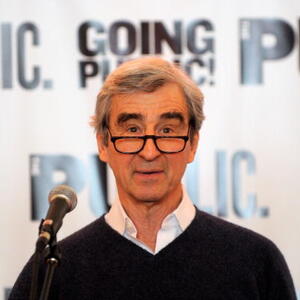