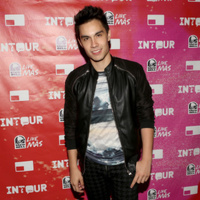 Sam Tsui net worth: Sam Tsui is an American musician and internet celebrity who has a net worth of $1 million. Sam Tsui was born in Blue Bell, Pennsylvania in May 1989. Tsui rose to fame on YouTube and is known for covering popular songs by artists such as Britney Spears, Adele, Taylor Swift, Bruno Mars, and Justin Timberlake. Tsui also performs original songs, mashups, and medleys. He frequently collaborates with Kurt Hugo Schneider. As of February 2015 Tsu had more than 1.7 million YouTube subscribers. He attended Yale University and was part of the all-male a cappella group The Duke's Men of Yale. He worked as a paid soloist at Trinity Church Southport and made his television debut in 2009 on ABC World News singing "I'll Be There" by The Jackson 5. He debuted his own YouTube channel in 2011. He released the albums The Covers in 2010 and Make It Up in 2013. His voice was featured in a promotional video for Coca Cola in 2014.