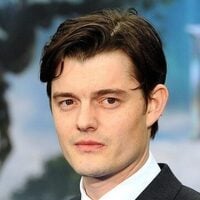 Sam Riley Net Worth: Sam Riley is an English actor and singer who has a net worth of $1 million. Sam Riley was born in Menston, West Yorkshire, England, United Kingdom in January 1980. He is best known for his role as Ian Curtis in the 2007 movie Control. Sam was turned down by the Royal Academy of Dramatic Art and the London Academy of Music and Dramatic Art. His debut roles came in the 2002 TV movies Tough Love and Lenny Blue. In 2007 he starred in Control as Ian Curtis and the TV movie Sound as Shay. Riley starred as Milo in the 2008 movie Franklyn and as Vince Ferro in the 2010 film 13. He also starred as Pinkie in the 2010 movie Brighton Rock and as Wagenmeister in the 2011 film Woman in Love. Riley starred in the 2012 films On the Road and Byzantium. He starred as Greider in the 2014 film The Dark Valley and was Diaval in the 2014 movie Maleficent. Riley has won a British Independent Film Award and London Critics Circle Film Award. He was the lead singer of the band 10,000 things. Sam married actress Alexandra Maria Lara in 2009 and the couple has a son.