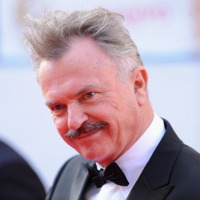 What is Sam Neill's Net Worth?

Sam Neill is a Northern-Irish-born, New Zealander actor who has a net worth of $18 million. Neill is probably best known for playing the lead role in the original "Jurassic Park" and many of its sequels. He has also appeared in movies like "The Hunt For Red October," "The Piano," and "Possession." In terms of his television appearances, he has booked roles in movies like "The Tudors," "Peaky Blinders," and the miniseries "Merlin." In addition, Sam is an established voice actor with voice roles in series like "The Simpsons" and "Rick and Morty."

Over the course of his career, Neill has been honored with a number of awards and accolades. These include the New Zealand Film Award, three Golden Globes, and two Primetime Emmy nominations. Outside of acting, he has also ventured into writing, directing, and producing.

Nigel John Dermot Neill was born on September 14th of 1947 in Omagh, Northern Ireland. Nigel grew up as a so-called "military brat," as his father was an army officer and a third-generation New Zealander who was stationed in Northern Ireland at the time of his birth. To this day, Neill holds both Irish and British citizenship, along with his New Zealand citizenship.

In 1954, Nigel relocated with his family to New Zealand and attended boarding school in Christchurch. After graduating, he attended the University of Canterbury in Christchurch. It was here that he encountered acting for the first time. He then transferred to Victoria University in Wellington, where he eventually graduated with a BA in English literature.

During these early years, he started calling himself "Sam" instead of "Nigel." He later explained that this was because there were many other children at his school that were named Nigel. He also struggled with stammering during his early childhood. In 2004, he revealed in an interview that his stammering was so bad that he "hoped people wouldn't talk to him." However, Neill eventually "outgrew" his stammering issues – although he does occasionally still show signs of being a stammerer.

Sam Neill first began appearing in films in the early 70s, taking roles in New Zealand television films like "The City of No," "Hunt's Duffer," and Telephone Etiquette." By 1977, he experienced widespread exposure with the New Zealand film "Sleeping Dogs," which was screened internationally. This was his major breakthrough role in the New Zealand film industry.

By the late 70s, Sam had shifted his attention towards Australia, appearing in television shows like "The Sullivans." He also appeared in a number of Australian films, including "The Journalist," "Just Out of Reach," "My Brilliant Career" and "Attack Force Z." By this point, Neill was ready to graduate to the international stage. In 1981, he appeared in the British-American horror film "Omen III: The Final Conflict," playing the son of the devil. He then booked the lead role in "Possession," which later proved to be a cult favorite.

During the 80s, Sam Neill narrowly missed out on becoming the next James Bond after Roger Moore stepped down, although the role eventually went to Timothy Dalton. During this period, he continued to appear in Australian movies such as "Evil Angels" and series like "Reilly, Ace of Spies."

During the 90s, he established himself as one of Hollywood's most recognizable actors, booking both villainous and heroic roles in various films. 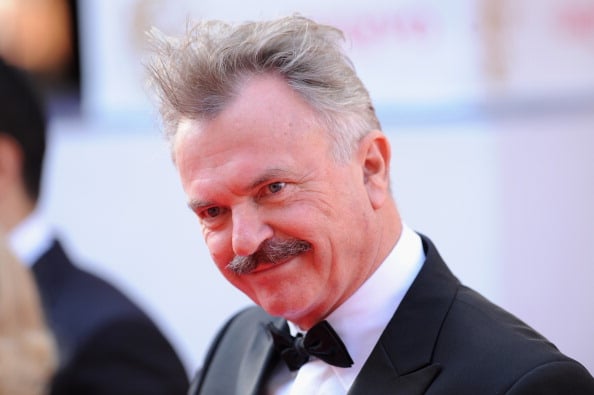 One of his first Hollywood roles was in "Amerika," and he later starred in movies like "Dead Calm," "The Hunt for the Red October," "Sirens," "In the Mouth of Madness," "Event Horizon," "Bicentennial Man," and "The Dish." During this period, he also rose to widespread international acclaim by booking the lead role in the massively successful film, "Jurassic Park." He later went on to book two more roles in the film's various sequels; "Jurassic Park III" and 2022's "Jurassic World: Dominion."

During this period, Neill also established himself as a voice actor, booking an early voice role in 1994's "The Jungle Book." Another voice role came with 2001's "The Magic Pudding." In 2018, he provided the voice of Tommy Brock in "Peter Rabbit." In 1998, he played the title role in the miniseries "Merlin," and then again in "Merlin's Apprentice." In terms of his television work, he also played Cardinal Thomas Wolsey in "The Tudors." Another notable TV role came with the series "Peaky Blinders." Throughout this period, Neill has continued to appear in a number of New Zealand movies.

During the 80s, Sam dated actress Lisa Harrow. During this period, they had a son together in 1983. Neill then married a make-up artist named Noriko Watanabe, and the couple had one child together in 1991. Watanabe and Neill separated in 2017, after which Sam began dating a political journalist named Laura Tingle. In addition, Sam fathered a child in his 20s who was subsequently put up for adoption. They later reunited in 2014.

In 2020, it was reported that Sam Neill had listed his home in Double Bay, Australia for between $3.5 and $4 million. He actually managed to sell the home via a virtual auction, eventually receiving a payment of approximately $3.6 million. The residence features four bedrooms, an outdoor terrace, an expansive backyard, floor-to-ceiling windows, and many other amenities. Double Bay is a wealthy suburb of Sydney, and Neill's former home was situated just minutes from Double Bay beach. Sam originally purchased the home for $839,000 back in 1996, along with his former wife Noriko Watanabe.

Neill's main residence is in Alexandra, a town on the South Island of New Zealand. In Alexandra, he owns a winery that consists of several vineyards throughout the South Island. He also has several farm animals, which he has named after well-known celebrities in the film industry. In addition, Sam owns a home in Wellington, New Zealand.