Sam Jaffe net worth: Sam Jaffe was an American actor, teacher, musician, and engineer who had a net worth equal to $4 million at the time of his death, after adjusting for inflation. He was best known for appearing in classic films such as Ben-Hur.

Sam Jaffe was born in New York City, New York in March 1891 and passed away in March 1984. He was married twice including to Bettye Ackerman. Jaffe made his acting debut in the short A Cheap Vacation in 1916. One of his best known roles came starring as Dr. David Zorba on the television series Ben Casey from 1961 to 1965. Sam Jaffe starred in several films including The Scarlet Empress, Gunga Din, Gentleman's Agreement, The Accused, The Asphalt Jungle, The Day the Earth Stood Still, Ben-Hur, Bedknobs and Broomsticks, Nothing Lasts Forever, and more. Jaffe was nominated for an Academy Award in 1951 for Best Actor in a Supporting Role for The Asphalt Jungle. In 1962 he was nominated for a Primetime Emmy Award for Outstanding Performance in a Supporting Role by an Actor for Ben Casey. Sam Jaffe passed away on March 24, 1984 at 93 years old. 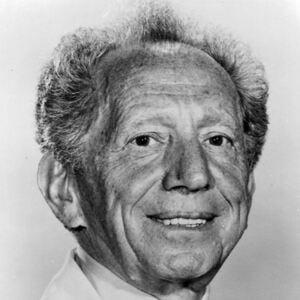