Sam Jones III Net Worth: Sam Jones III is an American actor who has a net worth of $500 thousand dollars. Sam Jones III was born in Boston, Massachusetts in April 1983. His acting debut came in 1999 when he appeared in the television series NYPD Blue, The Parent 'Hood, Saved by the Bell: The New Class, Pensacola: Wings of Gold, and Judging Amy.

Jones had a recurring role in the TV series CSI: Crime Scene Investigation from 2000 to 2001. He made his film debut in the movie Snipes in 2001. One of his best known roles came starring as Pete Ross in the TV series Smallville from 2001 to 2008. From 2005 to 2009 he starred as Chaz Pratt in the television series ER. In 2010 Sam starred as Craig Shilo in the TV series Blue Mountain State. He has also starred in the films Zig Zag, Glory Road, Home of the Brave, and Krews. Jones has also appeared in episodes of The Nightmare Room, The Practice, 7th Heaven, Bones, and The Defenders. Jones was arrested in 2009 on charges of drug trafficking and conspiracy to possess with intent to distribute. He served 10 months in prison in 2011 and 2012. A sex tape of Jones and Playboy Playmate Karissa Shannon was released in 2010 and the pair released a song "Juice and Vodka" in 2011. 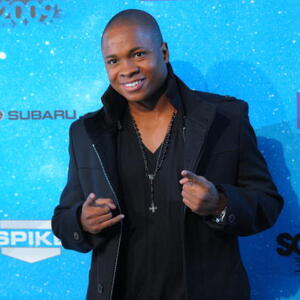