Sam Heughan net worth: Sam Heughan is a Scottish actor who has a net worth of $5 million. Sam Heughan was born in Balmaclellan, Dumfries and Galloway, Scotland in April 1980. One of his best known role has come starring as Jamie Fraser on the television series Outlander starting in 2014. In 2009 he starred as Scott Neilson on the TV series Doctors.

Heughan had recurring roles as Philip Dorr on the TV mini-series Island at War in 2004 and as Andrew Murray on the series River City in 2005. He has appeared in the movies Young Alexander the Great, Emulsion, Heart of Lightness, and When the Starlight Ends. Heughan has also acted in stage productions of Outlying Islands, The Vortex, Hamlet, Romeo and Juliet, Macbeth, Plague Over England, and King John. From 2011 to 2012 he starred as Batman in the touring show Batman Live. In 2017 he won a People's Choice Award for Favorite Sci-Fi/Fantasy TV Actor. 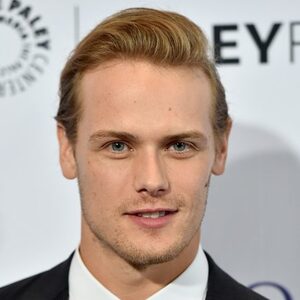