How much is Sam Elliott Worth?

Sam Elliott net worth and salary: Sam Elliott is an American actor who has a net worth of $20 million. Sam Elliott's career has spanned decades and earned him a multitude of awards and accolades. He is perhaps best known for appearing in movies like "The Quick and the Dead," "The Big Lewbowski," "A Star is Born," and "Road House."

Early Life: Elliott was born in August 9, 1944 in Sacramento, California. His mother was Glynn Mamie, who worked as a physical training instructor and high school teacher. His father, Henry Nelson Elliott, worked for the Department of the Interior as a predator control specialist. When Elliott was 13, his family moved to Portland, Oregon where he attended David Douglas High School. Following his graduation in 1962, Elliott enrolled at the University of Oregon where he studied English and psychology. However, he transferred to Clark College in Vancouver, Washington after two terms where he completed a two-year degree program in 1965. He also was cast as the lead in the college's production of "Guys and Dolls." He decided to re-enroll at the University of Oregon and joined the Sigma Alpha Epsilon fraternity. However, he was unable to complete his studies there due to the death of his father. He then decided to formally pursue acting as a career.

Career: Elliott began acting in Westerns in the late 1960s as a character actor. His first credited role in television came in 1969 in an episode of "Judd for the Defense." He also appeared in several episodes of the show "Lancer" and landed a role in the film "Butch Cassidy and the Sundance Kid." He played the starring role in the 1970 television series "Mission: Impossible" and also played the lead in the 1975 television film, "I Will Fight No More Forever." In 1976, he joined the cast of the miniseries, "Once an Eagle" and also starred in the film, "Lifeguard," which many consider to be his breakthrough role.

In 1977, Elliott played the character Tom Keating in the miniseries "Aspen" followed by another role in a miniseries, "The Sacketts" in 1979 opposite of Tom Selleck. The two worked together again in 1982's, "The Shadow Riders." In 1985, he starred opposed Cheryl Ladd in "A Death in California" and then joined the case of "Mask" in 1985, alongside Cher. In 1986, he starred in the television movie, "Gone to Texas," which was based on the biography of Sam Houston. He also made a number of appearances on television shows during this time, including "Felony Squad," "Gunsmoke," "Lancer," and "Hawaii Five-O."

In 1989, he played the role of Wade Garrett in "Road House." He was able to act alongside his wife, Katharine Ross, in the 1991 adaptation of the Louis L'Amour novel, "Conagher. He took on another historical figure role in "Gettysburg," in 1993, playing the character of General John Buford. He also had roles in "Tombstone," We Were Soldiers Once…And Young," "Hulk," and narrated "The Big Lebowski." 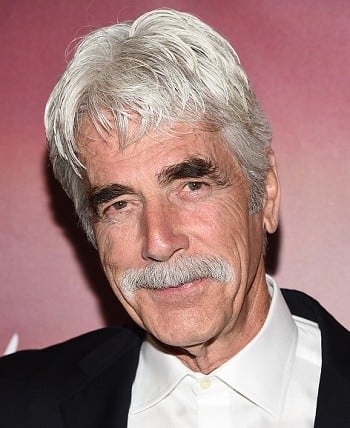 Elliott's career continued into the 2000s. He appeared in "Thank You for Smoking" in 2005 and voiced in animated character in the 2006 film, "Barnyard." He also played in "The Golden Compass," in 2007, based off of the "His Dark Materials" trilogy by Philip Pullman. In 2009, he had a small role in "Up In The Air" and he has also appeared in the popular NBC series, "Parks and Recreation," several times. He voiced a character on the 2010 animated film, "Marmaduke," and also had roles in "The Company You Keep" and "Draft Day."

He starred opposite of Lily Tomlin in the 2015 film, "Grandma," and also appeared in the romantic film, "I'll See You in My Dreams," during the same year. He appeared on the FX Network series, "Justified," and won a Critics Choice Television for his work on the series in 2015 for best guest performer in a drama.

In 2015, Elliott joined the cast as a regular on the Netflix show, "The Ranch," opposite of Danny Masterson and Ashton Kutcher. He also had a recurring role on the second season of "Grace and Frankie." He starred in the film "The Hero" in 2017, a role for which he has since received much critical acclaim. In 2018, he was again acknowledged for his work in "A Star is Born." He won the National Board of Review Award for Best Supporting Actor and received nominations at the Screen Actors Guild Awards and the Academy Awards.

In addition to his acting work, Elliott is well-known for his voice. His voice narrates a number of prominent advertising campaigns and commercials for companies like Dodge, IBM, Union Pacific, and the American Beef Council. He has also worked with Coors beer and Ram Trucks. Since 2008, he has voiced the character of Smokey Bear and also has narrated the team introductions of the NFL at Super Bowl XLV. In 2020, he landed a recurring voice role on "Family Guy."

Personal Life: In 1984, Elliott married actress Katharine Ross. The two had originally met on the set of "Butch Cassidy and the Sundance Kid," as they both had roles in the film, though not together. However they were not reunited until 1978, when they began dating, after both starring in "The Legacy." The couple had a daughter, Cleo Rose, in 1984.

Real Estate: Sam and Katharine's primary residence is a 2.6-acre Malibu home that they purchased in the 1970s. Today this home is likely worth $6-10 million.

They also own a property in the Willamette Valley in Oregon, in addition to Elliott's childhood home in Portland which Elliott took ownership of following his mother's death in 2012. 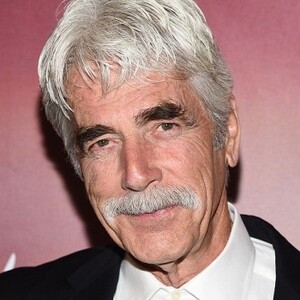