Sal Vulcano Net Worth and Salary: Sal Vulcano is an American producer and actor who has a net worth of $7 million. Vulcano is best known for his involvement in the series "Impractical Jokers." As a member of the comedy troupe "The Tenderloins," Vulcano appears on the series and performs improvisational comedy in a hidden-camera-style format.

Early Life: Salvatore Edward Anthony Vulcano was born on November 5th of 1976 on Staten Island in New York. During his high school years, Vulcano joined a number of sports teams and clubs, but he truly shone when it came to improvisational comedy. During high school, he also met the three future co-members of The Tenderloins, and together they joined the improv club. Even as a teen, Vulcano's comedic skills were plain to see.

Career: The Tenderloins began their career by filming comedy sketches and posting them on YouTube, MySpace, and Metacafe. Their content quickly went viral, and in 2007 they gained notoriety after winning NBC's "It's Your Show" competition for their sketch short "Time Thugs." They continue to perform at live venues, and their YouTube channel is still active.

In 2011, Sal Vulcano and the rest of The Tenderloins had their breakthrough with "Impractical Jokers," a TV show that aired on truTV. In its first season, the show was watched by over 30 million people. As of 2020, "Impractical Jokers" is still going strong. Sal Vulcano has a reputation for being the "most punished" joker on the series.

After spending more than six months away from the stage due to the covid-19 pandemic, Sal announced plans to perform at a "drive-in show" in 2020. He expressed hope that he would still be able to satisfy audiences despite the long hiatus, also claiming that he had no choice since "rent was due."

Other Ventures: From 2010 to 2014, Vulcano was involved in the management of a bar in Staten Island called The Full Cup. The bar was well-known in the community as a comedy and music venue. However, the bar ran into a number of legal and financial issues over the years, and Vulcano ostensibly jumped ship when he saw signs of impending failure. In 2016, the bar closed down for good. 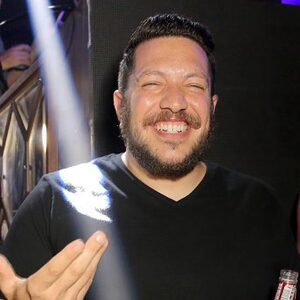