What is Salma Hayek's Net Worth and Salary?

Salma Hayek is a Mexican-born actress who has a net worth of $200 million dollars. Though it should be noted that Salma has been married to one of the wealthiest people in the world, Francois Henri Pinault, since 2009. As of this writing, Francois is worth $7 billion, while his father is worth north of $30 billion. If they ever divorced, Salma's share of community property and future support would drastically increase her net worth. But hopefully that never happens!

Salma is known for her starring role on the telenovela "Teresa", and the critically acclaimed film "Frida" (2002), which she received multiple award nominations for. 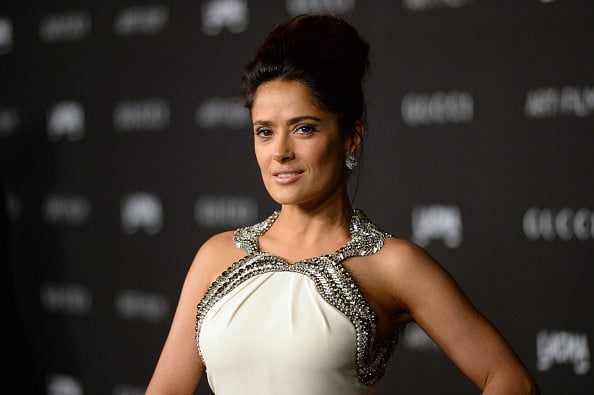 Salma Hayek Pinault, more commonly known as just Salma Hayek, was born Salma Valgarma Hayek Jiménez on September 2, 1966, in Coatzacoalcos, Veracruz, Mexico. Her father, Sami Hayek Domínguez, is an oil company executive in Mexico and also the owner of an industrial-equipment firm. Additionally, he once ran for political office, for the position of mayor of Coatzacoalcos. He is Lebanese Mexican. Her mother, Diana Jiménez Medina, is an opera singer and talent scout. She is of Spanish descent.

Hayek was raised along with her younger brother, Sami, in a wealthy and devout Roman Catholic family. When she was 12 years old, her family sent her to the Academy of the Sacred Heart in Grand Coteau, Louisiana. She later continued her education at the Universidad Iberoamericana, studying international relations.

When she was 23 years old, Hayek was cast as the lead in the Mexican telenovela "Teresa". Thanks to the telenovela, she became a star and household name in Mexico. She continued her popularity with a starring role in the film "El Callejón de los Milagros (Miracle Alley)" (1994). It is the most-awarded movie in the history of Mexican cinema, and Hayek was nominated for an Ariel Award.

In 1991, Hayek moved to Los Angeles, California, to study acting. Her teacher was the renowned acting coach Stella Adler. At the time, Hayek struggled with dyslexia, as well as limited English fluency. Her hard work paid off, and in 1995 Robert Rodriguez cast her as the lead in the film "Desperado", opposite Antonio Banderas. Her career in the United States began to pick up momentum, and she landed a small role in "From Dusk till Dawn" (1996) as a vampire queen. Although her role was brief, her performance was highly memorable thanks to an erotic table-top snake dance that she performed. Then, she starred opposite Matthew Perry in the romantic comedy "Fools Rush In" (1997), and co-starred with Will Smith in the film "Wild Wild West" (1999).

Hayek founded her own film production company, Ventanarosa, around the year 2000. In April 2007, she became CEO of the company after negotiations with MGM, and then in May that year she signed a two-year deal with ABC, under which Ventanarosa would develop projects for the network. The first film she produced was "El Coronel No Tiene Quien Le Escriba" (1999). She has gone on to produce other projects like the Showtime movie "The Maldonado Miracle" (2003), which she also directed; the NBC television show "Ugly Betty", which aired from 2006 to 2010; and the film "Frida" (2002), which she co-produced and also starred in. Additionally, she has directed music videos for artists like Prince and Jada Pinkett Smith.

She was nominated for the Academy Award for Best Actress for her acting in the film "Frida", and she won a Daytime Emmy Award for Outstanding Directing in a Children/Youth/Family Special for "The Maldonado Miracle". 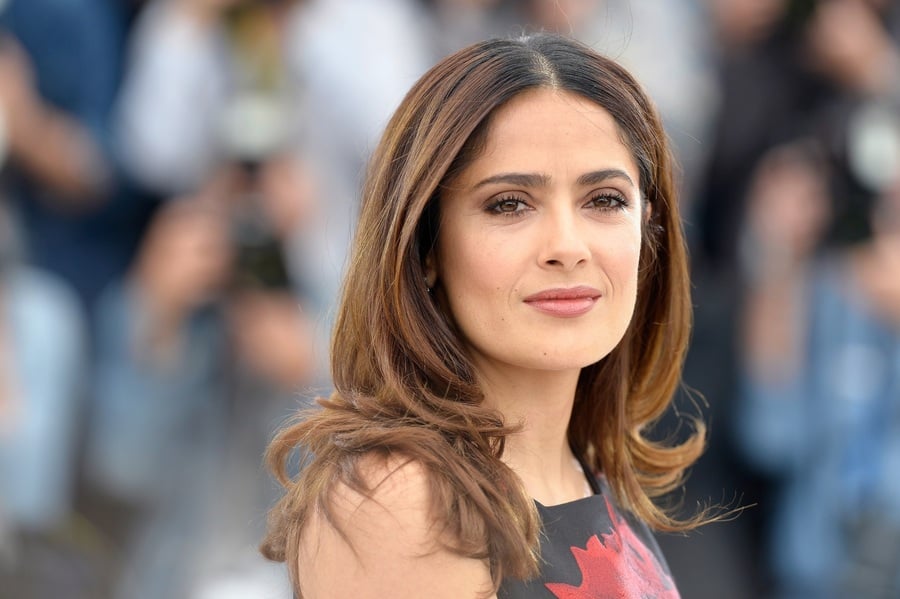 Since February 2004, Hayek has served as spokeswoman for Avon cosmetics. Other brands she has been spokeswoman for include the cosmetics brand Revlon (in 1998). She has modeled and starred in advertisement campaigns for brands like Chopard, Campari, and Lincoln cars. Additionally, Hayek has engaged in various entrepreneurial pursuits. She co-founded the juice delivery program Cooler Cleanse in 2008, with Juice Generation. Then, in 2017, she launched the beauty subscription delivery service Blend It Yourself along with Juice Generation founder Eric Helms. Through the service, customers could order pre-prepared items like organic frozen smoothies and ingredients for acai bowls. In 2011, Hayek also launched her own line of products at CVS in North America, Nuance by Salma Hayek, which included cosmetics, skincare, and haircare products.

In 2009, Salma Hayek married French billionaire Francois Henri-Pinault who is currently worth $7 billion. Together they have a daughter, Valentina Paloma Pinault. The Pinault family owns luxury goods conglomerate Kering. Kering is the umbrella company that owns Gucci, Yves Saint Laurent, Puma, Volcom, Brioni and more. Francois has been CEO of the company since 2005, though his father, the company's founder, is still the largest individual shareholder and is currently worth $14 billion. In 2019, the Pinault family pledged $113 million to support the reconstruction of the Notre Dame Cathedral in Paris, France, which suffered extensive fire damage on April 15, 2019.

Hayek has campaigned extensively to end violence against women. In July 2005, she testified before the U.S. Senate Committee on the Judiciary in support of reauthorizing the Violence Against Women Act. Then, in February 2006, she donated $25,000 to a shelter for battered women in her hometown, Coatzacoalcos, Mexico, and $50,000 to anti-domestic violence groups in Monterrey, Mexico. In 2013, Hayak partnered with Beyoncé and Frida Giannini on a Gucci campaign, "Chime for Change", aimed at spreading a message of female empowerment. For her humanitarian work, Hayek was nominated for the VH1 Do Something Awards in 2010. 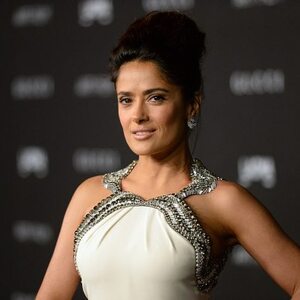