What Is Sally Struthers' Net Worth?

Sally Struthers is an American actress and spokeswoman who has a net worth of $6 million. Struthers is best known for playing Gloria Stivic on the CBS sitcom "All in the Family" (1971–1978), a role that earned her two Primetime Emmys. Sally reprised her role in the spin-off "Gloria," which aired from 1982 to 1983.

Sally Struthers was born Sally Anne Struthers on July 28, 1947, in Portland, Oregon. Her father, Robert (a surgeon), left the family when Struthers was 7 years old, and she and her older sister, Sue, were raised by their mother, Margaret. Sally's mother worked as an accountant at Bonneville Power Administration and suffered from depression after her husband abandoned the family. Struthers won her first acting award in seventh grade for her performance in a school play at Faubion Elementary School. Sally attended Grant High School, where she joined the cheerleading squad and participated in the school's theatre program, then she moved to California after earning a scholarship to the Pasadena Playhouse College of Theatre Arts. Struthers' father died in a car accident when she was 20. 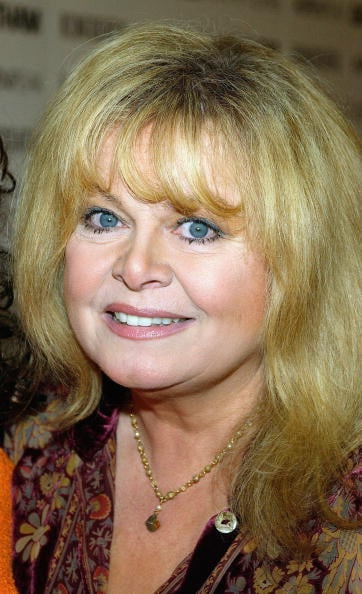 In 2002, Sally had a recurring role as Jennifer Smith on the ABC soap opera "General Hospital," and in 2003, she began a 10-episode stint as Louise Miller on the CBS sitcom "Still Standing." She appeared in the films "Monster Heroes" (2010), "Waiting in the Wings: the Musical" (2014), "Hollywood Musical!" (2015), "You & Me" (2017), and "Still Waiting in the Wings" (2018) and the TV movie "Christmas Harmony" (2018). Sally appeared on "Celebrity Ghost Stories" in 2011 and guest-starred on two episodes of "Maron" in 2016. She played Dolly Levi in the 50th Anniversary Tour of "Hello, Dolly!" from 2013 to 2014, and in 2021, she appeared in "Young Frankenstein" at the Ogunquit Playhouse in Maine. Struthers has appeared in several Ogunquit Playhouse productions, including "The Best Little Whorehouse in Texas," "Thoroughly Modern Millie," and "Irving Berlin's White Christmas the Musical."

Sally married William C. Rader, a psychiatrist, on December 18, 1977, and they welcomed daughter Samantha before divorcing in 1983. Struthers has served as a spokesperson for the charitable organization Christian Children's Fund (now known as ChildFund) as well as the International Correspondence School.

Struthers received five Primetime Emmy nominations for "All in the Family," winning Outstanding Performance by an Actress in a Supporting Role in Comedy in 1972 and Outstanding Supporting Actress in a Comedy or Comedy-Variety or Music Series in 1979. The series also earned her four Golden Globe nominations for Best Supporting Actress – Television. In 2010, Sally won an Ovation Award for Featured Actress in a Musical for her performance as the Fairy Godmother in "Cinderella" at the Cabrillo Music Theatre in Thousand Oaks, California. 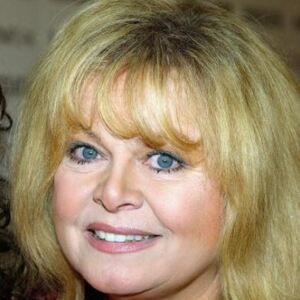