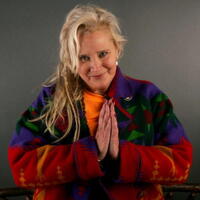 Sally Kirkland Net Worth: Sally Kirkland is an American actress who has a net worth of $5.5 million. Sally Kirkland earned this net worth from acting in many movies, as well as appearing on several television shows. She has been acting since 1962. Kirkland is also a minister, and teaches yoga, meditation and drama. Born in New York City on October 31, 1941, Kirkland is best known for her Off-Broadway acting and her appearances in films such as The Sting, A Star is Born, Private Benjamin, The Way We Were, and more. She won a Golden Globe Award for Best Actress for Anna in 1987. She currently hosts a program on the HealthyLife Radio Network. She can also be seen on Days of Our Lives, Three's Company, Valley of the Dolls, and more. In 1998 Kirkland established the Kirkland Institute for Implant Survival Syndrome. She has appeared in over one hundred television and film productions.