What was Sally Kellerman's Net Worth?

Sally Kellerman was an American actress and singer who had a net worth of $2.5 million at the time of her death.

Sally Kellerman was best known for her performance as Major Margaret "Hot Lips" Houlihan in Robert Altman's black comedy war film "M*A*S*H." She went on to appear in a number of other Altman films, including "Brewster McCloud" and "The Player." Kellerman's other credits include television series such as "The Twilight Zone," "Maron," and "Decker," and films such as "Last of the Red Hot Lovers" and "Three for the Road." She was nominated for an Oscar for her performance in "M*A*S*H." She continued to appear in film and television projects sporadically through 2017.

Sally Kellerman was born on June 2, 1937 in Long Beach, California to piano teacher Edith and Shell Oil executive John. She had an older sister named Diana, as well as a younger sister named Victoria who passed away in infancy. When she was in the fifth grade, Kellerman moved with her family to the San Fernando Valley; later, when she was a teen, they moved to Park La Brea. In the area, Kellerman went to Hollywood High School. Although she was timid, she appeared in a school production of the musical "Meet Me in St. Louis." For her higher education, Kellerman went to Los Angeles City College.

Kellerman made her film debut in 1957 with a small part in "Reform School Girl." She next appeared in the horror film "Hands of a Stranger," released in 1962. This was followed by the suspense thriller "The Third Day" and the biographical crime film "The Boston Strangler." Kellerman had her breakthrough role in 1970, when she played Major Margaret "Hot Lips" Houlihan in Robert Altman's acclaimed black comedy war film "M*A*S*H." For her performance, she earned an Academy Award nomination for Best Supporting Actress. Kellerman subsequently reunited with Altman to star in his next film, "Brewster McCloud." After that, she starred as a chain-smoking sex addict in Gene Saks' adaptation of Neil Simon's play "Last of the Red Hot Lovers." Throughout the rest of the 70s, Kellerman appeared in such films as "A Reflection of Fear," "Slither," "Lost Horizon," "The Big Bus," "Welcome to L.A.," and "A Little Romance." She also lent her voice to the animated film "The Mouse and His Child."

In 1980, Kellerman was in four films: the coming-of-age drama "Foxes," the drama "Head On," and the comedies "It Rained All Night the Day I Left" and "Serial." Her other credits during the decade include "Moving Violations," "Back to School," "That's Life!," "Three for the Road," "Someone to Love," and "All's Fair." In the 90s, Kellerman was in such films as "Doppleganger," "It's My Party," "The Lay of the Land," and "American Virgin"; she also appeared in Robert Altman's "The Player" and "Prêt-à-Porter." Her credits in the 2000s include "Boynton Beach Club," "Night Club," "Reach Me," and "His Neighbor Phil."

Kellerman began on television in the 60s. During the decade, she made appearances on a myriad of popular shows, including "Cheyenne"; "The Outer Limits"; "The Twilight Zone"; "My Three Sons"; "12 O'Clock High"; "The Rogues"; "Seaway"; "Star Trek"; "Bonanza"; "That Girl"; and "Mannix." Kellerman was on television less frequently in the 70s, although she did have a notable role in the NBC miniseries "Centennial." In the 80s, she appeared in a number of television films, such as "For Lovers Only," "Dempsey," "September Gun," and "Secret Weapons."

In the early 90s, Kellerman appeared in episodes of "The Ray Bradbury Theater" and "Evening Shade," and was in the television films "Victim of Beauty" and "Boris and Natasha: The Movie." Later in the decade, she was in episodes of "Diagnosis: Murder," "Gun," and "Columbo." Kellerman kicked off the 2000s with a role in the television film "Bar Hopping." In 2011, she landed one of her biggest television roles on the Cinemax dramedy series "Chemistry," playing eccentric artist Lola Marquez. The following year, she had another substantial role voicing the character of Principal Stark on the adult animated sitcom "Unsupervised." Kellerman's next significant role came in 2013, when she began playing the titular character's mother on the sitcom "Maron." Meanwhile, she earned an Emmy Award nomination for her work on "The Young and the Restless," which she was on from 2014 to 2015. Following that, Kellerman had a main role in the fourth season of "Decker," playing First Lady Janet Rothman Davidson.

Early in her acting career, Kellerman appeared in theatrical productions of Henrik Ibsen's "An Enemy of the People," Leslie Stevens' "The Marriage-Go-Round," and Michael Shurtleff's "Call Me by My Rightful Name." She also played Mag Wildwood in the original Broadway preview of "Breakfast at Tiffany's." In the 80s, Kellerman starred in a production of Philip Barry's "Holiday" in Los Angeles; in the 90s, she starred in the titular role in "Mame." Her other stage credits include productions of "Who's Afraid of Virginia Woolf?," "The Vagina Monologues," and "The Wild Party." Kellerman also performed in numerous cabaret shows and benefit concerts.

In 1972, Kellerman released her first album as a recording artist, entitled "Roll with the Feelin'." Her second album, "Sally," didn't come out until 2009. The album featured interpretations of songs by Aerosmith, Nina Simone, Marvin Gaye, Neil Diamond, James Taylor, and Jennifer Warnes, among other artists. Beyond her own albums, Kellerman contributed songs to the soundtracks of some of her films, such as "Brewster McCloud" and "Lost Horizon."

One of Kellerman's first serious relationships was with actor William Duffy. The relationship resulted in an unwanted pregnancy in 1961, causing Kellerman to undergo a botched home abortion. Later, in 1970, Kellerman married television producer Rick Edelstein. The pair ultimately divorced in 1972 on account of irreconcilable differences. Kellerman subsequently dated musician Mark Farner, and also adopted her sister's estranged daughter Claire. In 1980, she wed her second husband, talent manager Jonathan D. Krane. The couple adopted newborn twins named Jack and Hannah in 1989. Kellerman and Krane separated twice during the course of their marriage, but remained wed until Krane's passing in 2016.

In her later years, Kellerman suffered from dementia. She passed away from heart failure in February of 2022 at the age of 84.

In May 2014 she sold a different LA home in a foreclosure sale for $1.4 million. 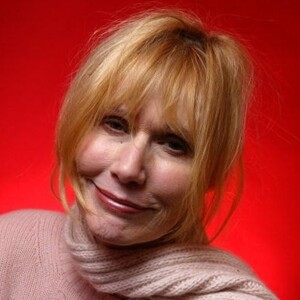