Sally Hawkins net worth and salary: Sally Hawkins is an English actress who has a net worth of $4 million dollars. Sally Hawkins was born in Dulwich, London, England, and graduated from the Royal Academy of Dramatic Art. She began her professional acting career in the theater, appearing in successful productions of "Romeo and Juliet", "The Dybbuk", and "The Cherry Orchard", among other plays.

She began her professional on-camera career in 2002, appearing in the television series, "Tipping the Velvet" and in the film, "All or Nothing". She then went on to steady work in film and television projects, as well as appearing in high-profile theater productions. Her film and television work includes co-starring roles in such projects as "Layer Cake", "Little Britain", "Happy-Go-Lucky" (for which she won a Golden Globe for Best Actress), "Made in Dagenham", "Jane Eyre", "Great Expectations", and most recently, "Blue Jasmine", for which she received an Oscar nomination for Best Supporting Actress. Sally is perhaps most widely acclaimed for her role in the 2017 Guillermo del Toro film "Shape of Water". Sally was nominated for Best Actress at the 2018 Academy Awards for her work in Shape of Water. 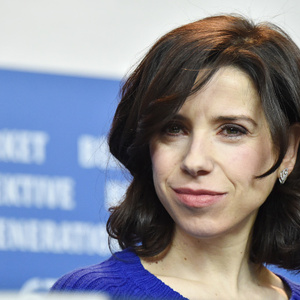