Her film debut came in the 1991 movie Up Against the Wall. From 1994 to 1996 she provided voice work for the TV series Gargoyles. She did the same for the 1996 TV series Gargoyles: The Goliath Chronicles. From 1998 to 1999 she starred in the TV series Mercy Point. Richardson starred as Nancy Adams in the series Rude Awakening from 2000 to 2001. From 1999 to 2002 she starred as Viveca Foster in the series Family Law. In 2003 she had a recurring role as Laura in the television series CSI: Miami. Her best known role came as Allison Blake from 2006 to 2012 in the series A Town Called Eureka. Richardson also starred in the movies Prelude to a Kiss, Mo' Money, A Low Down Dirty Shame, The Great White Hype, Antwone Fisher, Anacondas: The Hunt for the Blood Orchid, I Am Legend, Black Dynamite, Pastor Brown, and We the Party. She was nominated for an Image Award for Outstanding Actress in a Comedy Series and a Black Reel Awards for Outstanding Actress, TV Movie or Mini-Series. 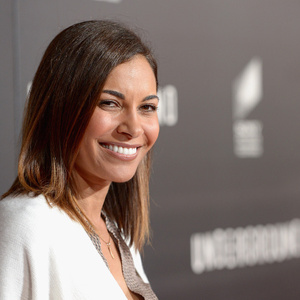