Sal Masekela net worth: Sal Masekela is an American sports commentator and TV host who has a net worth of $2 million. Described as the face and voice of action sports, Sal Masekela gained his net worth as a presenter for ESPN. He was also a presenter on E! Network. The son of jazz musician Hugh Masekela worked as a receptionist at Transworld Publications.

Masekela went on to become a NBA sideline reporter for ESPN during the 2003-2004 season. His relationship with ESPN began to flourish as Masekela also hosted X games and X winter games and covered events of the 2010 FIFA World Cup in South Africa. Besides his strong connection with ESPN, Masekela co-hosted E! Network's The Daily Ten until it ended in 2010. The show covered the ten top celebrity stories of the moment. Masekela co-founded Berkela Films along with Jason Bergh and in 2012, Masekela's film was shown for the first time at Tribecca Film Festival. He also co-founded Stoked Mentoring, an organisation which helps young people to take an interest in action sports. 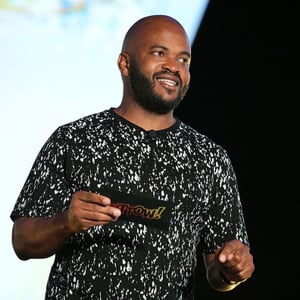