Sadie Sink net worth: Sadie Sink is an American actress who has a net worth of $1 million. She is best known for starring as Maxine "Max" Mayfield on the Netflix TV series Stranger Things.

Sadie Sink was born in Brenham, Texas in April 2002. She has starred on Broadway with a lead role in Annie in 2012 and as Young Queen Elizabeth II in The Audience in 2015. Sink starred as Suzanne Ballard on the television series American Odyssey in 2015. She began starring as Max Mayfield on the TV series Stranger Things in 2017. Sadie Sink has appeared in the movies Chuck, The Glass Castle, and Eli. She has also appeared in episodes of the TV series The Americans, Blue Bloods, and Unbreakable Kimmy Schmidt. Sink won a Hollywood International Documentary Award for Narration for Dominion in 2018. She was nominated for Screen Actors Guild Awards for Stranger Things in 2018 and 2020. 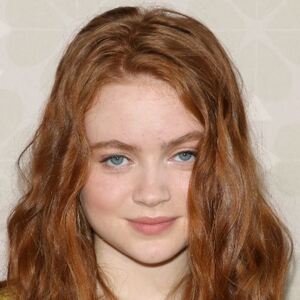