How much is Sabrina Seara Worth?

Sabrina Seara Net Worth: Sabrina Seara is a Venezuelan actress who has a net worth of $4 million. Sabrina Seara Parra (best known as Sabrina Seara) was born March 27, 1985 in Caracas, Venezuela. From a young age, Sabrina developed an interest in acting and modeling. At the age of 16, she enrolled in acting classes in RCTV's 1BC Academy with Professor Ralph Kinnard as her instructor. After finishing her studies at the Marbe de la Castellana college in Caracas, she landed her first protagonist role in the television series Guayoyo Express, produced by Televen. In 2009, Sabrina moved to Venezuelan channel Venevisión to star as the protagonist in the telenovela Los misterios del amor. In 2010, she landed her first antagonist role in the telenovela Harina de Otro Costal. Her breakthrough role came in 2012 when she starred in the successful telenovela by Venevisión titled Válgame Dios. She then moved to the United States to participate in Telemundo's Pasión Prohibida alongside fellow Venezuelan actress (the late) Mónica Spear. Sabrina is set to portray the main villain in Televen's upcoming telenovela Nora, La Emprendedora. She is reportedly dating Venezuelan actor Daniel Elbittar. 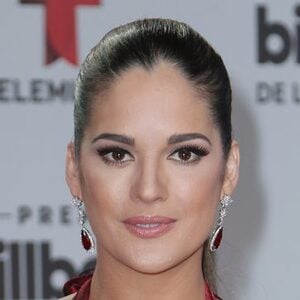