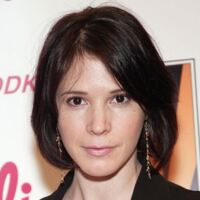 Sabrina Lloyd Net Worth: Sabrina Lloyd is an American actress who has a net worth of $1 million. Sabrina Lloyd was born in Fairfax, Virginia in November 1970. She is best known for her roles as Wade Welles in the TV series Sliders Natalie Hurley in the series Sports Night. She started acting at 13 years old in a production of Annie. At 15 years old she was part of a student exchange program and studied at the Brisbane Royal Theatre Company in Queensland, Australia. Sabrina would perform in theatre until she turned 18 and appeared in Grease and The Wizard of Oz. She moved to New York to pursue a film acting career. Her television debut came in 1988 on the TV series Superboy. Her film debuts came in the 1992 movies Chain of Desire and That Night. From 1995 to 1999 Sabrina starred as Wade Welles in the TV series Sliders. She starred as Natalie Hurley in the series Sports Night from 1998 to 2000. In 2000 she starred as Wendy Lipton in the TV series Madigan Men. Lloyd starred as Frankie Hector in the series Ed in 2003. In 2005 she starred as Terry Lake in the television series Numb3rs. She has also starred in the movies Father Hood, Live Free and Die, On Edge, Wanderlust, Dopamine, The Breakup Artist, The Girl from Monday, Charlie's Party, The Last Request, Racing Daylight, Universal Signs, Hello Handsome, and The Pretty One. She was nominated for a Screen Actors Guild Awards in 2000 for Sports Night.