S. Epatha Merkerson net worth and salary: S. Epatha Merkerson is an American actress who has a net worth of $11 million dollars. She is probably best-known for her long-running role as Lieutenant Anita Van Buren on NBC's "Law & Order". She appeared in 395 episodes of the franchise (including guest appearances in sister shows) between 1993 and 2010.

S. Epatha Merkerson was born in Saginaw, Michigan, and graduated from Wayne State University. She began her professional acting career on stage in New York City, and then moved to film and television work. Her early work included supporting roles in the film, "She's Gotta Have It", and guest starring or recurring roles on such television shows as "Pee-Wee's Playhouse", "The Cosby Show", and "Mann and Machine". She became a household name when she was cast on the long-running series, "Law & Order". She appeared as Anita van Buren on the show for a record 16 seasons. She appeared in 388 of the show's episodes. She was the cast member who remained with the show for the longest time, and holds the record for the longest-running African-American character on television. Since leaving "Law & Order" in 2010, she has continued to appear in a wide variety of film, television, and theater projects. She has won numerous awards, including an Emmy, a Golden Globe, a SAG Award, an Obie, and four NAACP Image Awards. She has also been nominated for two Tony Awards. In 2015 she began appearing as a main cast member of the "Chicago" series of shows (Fire, Med, P.D.). She was married to Toussaint L. Jones from 1994 to 2006. 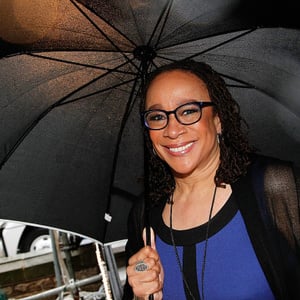