What is Ryan Seacrest's net worth and salary?

Ryan Seacrest is an American radio personality, television host, producer, and entrepreneur who has a net worth of $450 million. Every year Ryan earns $60 – $80 million from his entertainment and entrepreneurial empire. Seacrest rose to national fame as the host of "American Idol." Today he also hosts the syndicated countdown program "American Top 40," and iHeartMedia's KIIS-FM morning radio show "On Air with Ryan Seacrest." He began co-hosting "Live with Kelly and Ryan" in May 2017. Behind the scenes, he is the executive producer of a number of popular reality shows, notably "Keeping up with the Kardashians" and its numerous spinoffs.

Ryan Seacrest parlayed a strong career in radio, into a television-hosting career that rivals only Dick Clark in its level of success. He is most widely recognized for his hosting work on the popular reality competition series, "American Idol", and serves as the host of the "American Top 40" on the radio.  He has also hosted multiple awards shows, red carpet events, and New York City's New Year's Eve celebrations.  He began adding producing credits to his resume in the early 2000s, with such reality series as "Keeping Up with the Kardashians", "The Shahs of Sunset", and his home series, "American Idol".

Ryan John Seacrest was born in Atlanta, Georgia on December 24, 1974. He grew up in Dunwoody, Georgia. Ryan loved hamming it up with a toy microphone as a child. He interned at the radio station WSTR-FM (Star 64) when he was a teenager attending Dunwoody High School. When the DJ called in sick, Seacrest got a chance to be on the air for the first time. He did so well that the station gave him the weekend overnight shift. He graduated from high school in 1992 and enrolled at the University of Georgia to study journalism. He dropped out after his freshman year and moved to Hollywood to make it in radio.

Seacrest arrived in Los Angeles in 1993 and had his first big break that same year when he was hired to host ESPN's "Radical Outdoor Challenge." From 1994 to 1996 he hosted "Gladiators 2000," the kids' version of the show "American Gladiators." In 1995 he hosted "Wild Animal Games" and in 1997 he hosted "Click." During this time he also appeared as the hose of a fictional game show called "Lover's Lane" on "The Final Proof" episode of "Beverly Hills, 90210." In the latter half of 2000, Seacrest hosted the "NBC Saturday Night Movie." From 2001 to 2003, Seacrest hosted the practical joke show "Ultimate Revenge."

Seacrest replaced Rick Dees on Los Angeles radio station KIIS-FM's morning show in February 2004. "On Air With Ryan Seacrest," airs from 6 am to 10 am Pacific time Monday through Friday.

In May 2017, Ryan Seacrest was named the co-host alongside Kelly Ripa of "Live with Kelly and Ryan." He replaced former NFL player Michael Strahan.

Seacrest also hosts a number of Hollywood's red carpet events for E! including the Academy Awards and the Emmys.

He is the creator of the Ryan Seacrest Distinction line of clothes sold exclusively at Macy's and the skincare line Polished for Men. 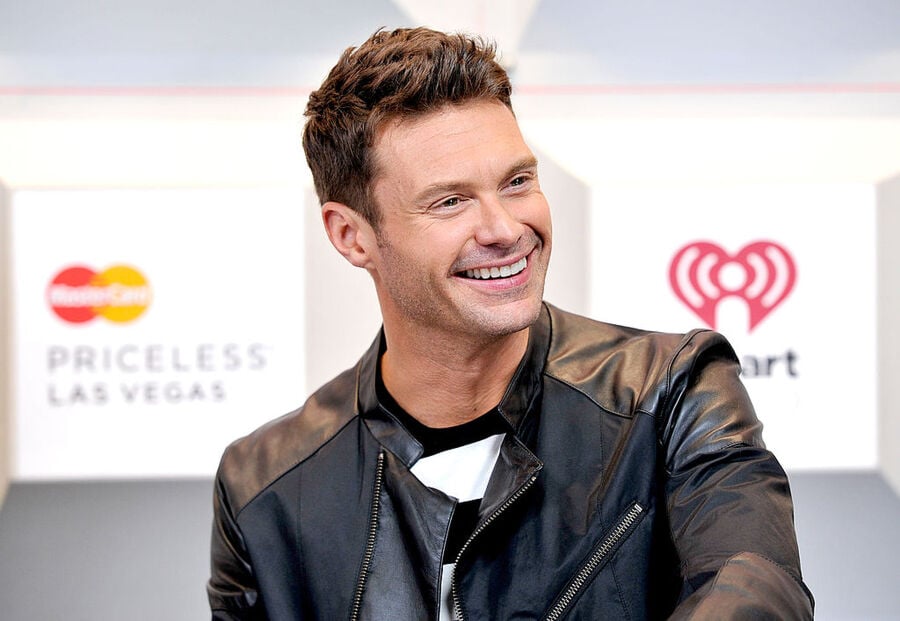 In April 2010, Seacrest began dating Dancing with the Stars' Julianne Hough. On March 15, 2013, it was announced that their relationship had ended. They dated for over two years before they broke up.

On May 14, 2016, he returned to the University of Georgia to give advice to alumni and received an honorary Doctor of Humane Letters degree.

Seacrest was in an on again-off again relationship with model and personal chef Shayna Taylor since 2013. They met through friends. They split briefly in 2014, moved in together in May 2017, and split for the second time in February 2019. By September 2019, Seacrest and Taylor were back together. On June 29, 2020, it was reported that the couple had split for the third time some time ago and that Ryan had moved on with someone new who he was vacationing in Mexico with.

After the breakup, Taylor took to her Instagram account to post: "You will never need to convince the right person to love you. No matter what, you cannot change them, make them do the work, or get them to commit to you if they're not ready to show up. Change must be inspired from within, and actions are always louder than words." Reportedly, she was ready to get married, while 45-year-old Seacrest was not.

In July 2020, Seacrest and Kelly Ripa paid tribute to the late Regis Phibin after his death. 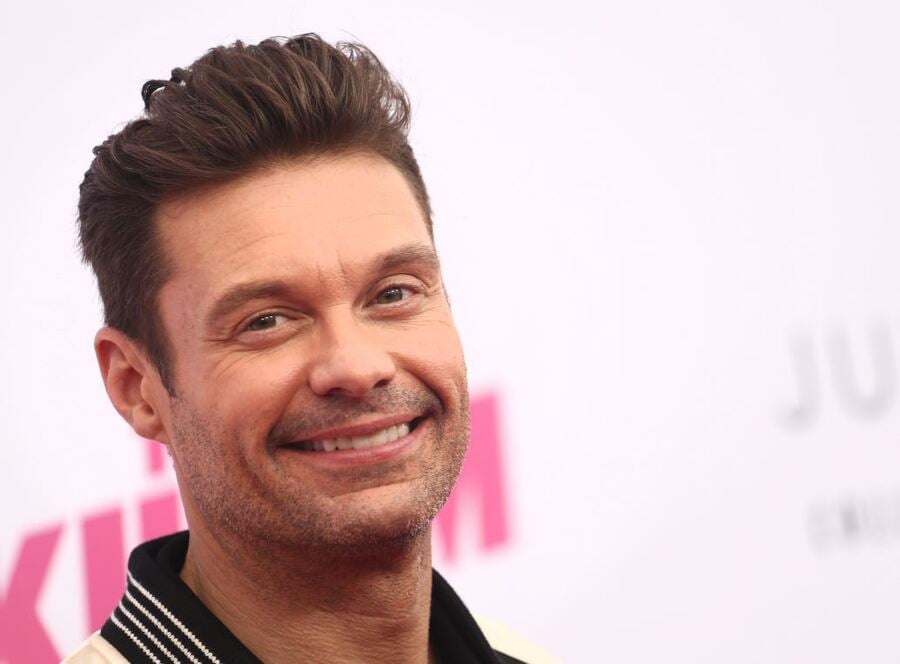 In July 2009, Seacrest inked a deal for $45 million to continue to host American Idol, making him the highest-paid reality television host at that time. In April 2012, he signed a two-year, $30 million deal to stay on as host of American Idol. In May 2014, it was reported that Seacrest had signed a one-year deal with the option of another year.

For the ABC reboot of American Idol, his initial multi-year deal was reported to be worth over $10 million.

In 2007, "Will & Grace" creator Max Mutchnick sold a house in Beverly Hills to Ellen DeGeneres for $29 million. Ellen reportedly walked through the house one day and told Max she wanted to own it. Max picked a number that was double what he paid and Ellen accepted.

The 9,200 square foot home now sits on 2.87 acres and has nine-bedrooms, 11-bathrooms, a pool, two attached guest houses, a separate three-bedroom house, and lush gardens. Interestingly, after Ryan became the owner, Max Mutchnick got in touch and explained that he always regretted not completing the renovation and design he intended years earlier. So, Ryan hired Max to complete the renovation.

In 2017, it was reported that Ryan Seacrest was renting a townhouse on the Upper East Side of Manhattan for $75,000 a month. The six-story mansion has 11,000 square feet.