Ryan O'Neal net worth: Ryan O'Neal is an American actor who has a net worth of $15 million. Ryan O'Neal's career as an actor began in television with appearances as a guest star on such shows as The Many Loves of Dobie Gillis and Leave it to Beaver. He first found fame on the hugely popular nighttime soap opera Peyton Place. Ryan was eventually able to channel this fame into a film career starting with his breakout role in Love Story. From there, he began what would eventually become a very fruitful and illustrious collaboration with director Peter Bogdanovich with What's Up Doc?. His film career in the 1970s continued to flourish under such acclaimed filmmakers as Stanley Kubrick (with whom he made Barry Lyndon) and Walter Hill (The Driver).

Unfortunately, O'Neal's star began to fade as the 70s drew to a close, making the move back to TV where he continues to appear now, most recently as a recurring character on the FOX procedural Bones. Another notable part of Ryan O'Neal is his tumultuous private life, which has included arrests, a diagnosis of leukemia, and the death of his fiancée Farrah Fawcett. According to the terms of Farrah's will, she set aside $4.5 million in trust to her and Ryan's son, Redmond. She left $500 thousand to her father and her nephew. She left her art collection to the University of Texas at Austin. The collection was supposed to include an Andy Warhol-produced portrait of Farrah that was worth an estimated $12 million at the time. The painting mysteriously went missing from Farrah's LA condo upon her death and the university suspected Ryan O'Neal of taking it for himself. This turned out to be true and launched a lengthy legal battle that ultimately allowed Ryan to keep the painting.

Redmond O'Neal's Trust: Farrah left the bulk of her estate, roughly $4.5 million in cash, to her son Redmond in a lifetime trust that came with strict parameters and restrictions. Farrah left her producer friend Richard Francis as trustee of the trust. Redmond is only entitled to interest generated by the trust. Francis can choose whether to distribute the interest income quarterly or once per month. Redmond can only tap into the principal for health care at the discretion of Richard Francis. Redmond can not even use the principal for his legal defense or bail when he is involved in with the police. Ryan has no access to the money. 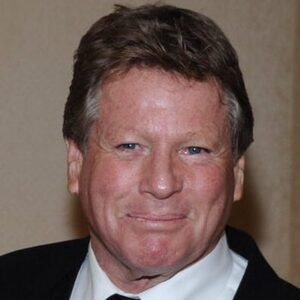