Ryan Merriman net worth: Ryan Merriman is an American actor who has a net worth of $2 million. Ryan Merriman is best known for his roles in Pretty Little Liars, The Ring Two, and Final Destination 3. He began his career at the age of 10 and has appeared in several films and television shows.

He started his career acting in commercials, print work, vocal performances, and in local theater productions in Oklahoma. Ryman Merriman's first major role was on the television series, The Mommies, which ran from 1993 to 1995. During the mid to late 1990s, he appeared in the majority of the episodes of The Pretender as the younger version of the main character. During this time, he also starred in several made-for-TV movies like Smart House, The Luck of the Irish and Lansky. From 2010 to 2012, Merriman portrayed Ian Thomas on ABC Family's Pretty Little Liars and in 2012 he also starred on an episode of Hawaii Five-0. In 2004, Ryman Merriman married a woman named Micol Duncan, but the couple divorced after seven years of marriage in 2011. In 2013, Ryan Merriman announced his engagement to fellow Pretty Little Liars star, Kristen McMullen. Merriman popped the question in New Zealand and followed up the proposal with a giant fireworks display. Merriman does not have any children. 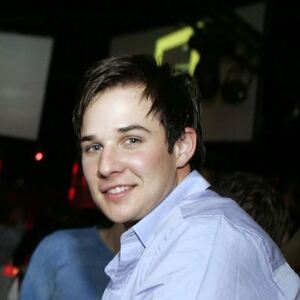