Ryan Lee net worth: Ryan Lee is an American actor who has a net worth of $800 thousand dollars. Ryan Lee was born in Austin, Texas, and began his professional acting career in 2006 when he was ten years old, guest starring on an episode of "Friday Night Lights". From there, he went on to guest-starring and co-starring roles on such television shows as "Breaking Bad", "My Generation", "Community", "Good Luck Charlie", "R.

L. Stine's The Haunting Hour", and "Workaholics". He has also appeared in supporting and starring roles in such feature films as "Deadland Dreaming", "Kings of the Evening", "A Birthday Story", "Color by Numbers", "Shorts", "Titans", "The Legend of Hell's Gate: An American Conspiracy", "This is 40", and "A Friggin' Christmas Miracle". He is also the voice of Jack in the USO's "With You All the Way" deployment kit. He is most widely recognized for his work in the film "Super 8", and for his co-starring role on the television show, "Trophy Wife". 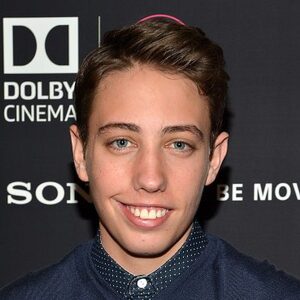