Ryan Hurst net worth: Ryan Hurst is an American actor who has a net worth of $4 million dollars. Ryan Hurst was born in Santa Monica, California and grew up in a family that was heavily involved in acting. He began his professional acting career in his late teens with a guest-starring role on "Saved by the Bell: The New Class". From there, he went on to both film and television work. Some of his television projects include guest starring and recurring roles on, "Beverly Hills, 90210", "Campus Cops", "Boston Common", "Wings", "L.A. Cops", "Touched by an Angel", "Taken", "Dr. Vegas", "Wanted", "Medium", and "CSI: Miami". He has also appeared in such films as, "The Postman", "Patch Adams", "Saving Private Ryan", "Remember the Titans", "We Were Soldiers", and "The Ladykillers". He is most widely recognized for his work as Opie Winston on "Sons of Anarchy". He is currently appearing on the new TNT series, "King and Maxwell". 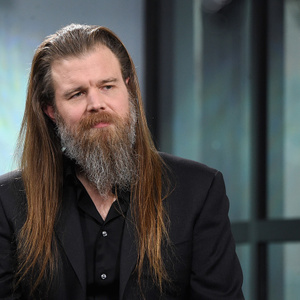