How much is Ryan Gosling Worth?

Ryan Gosling Net Worth and Salary: Ryan Gosling is a Canadian actor, director, and writer who has a net worth of $70 million dollars. Ryan is probably best known for roles in films like La La Land, The Notebook, Drive, and Crazy, Stupid, Love.

Early Life and Career: Ryan Thomas Gosling was born in Ontario, Canada, on November 12, 1980. He was born to Thomas Ray, a traveling salesman, and Donna, a secretary. Gosling's parents were Mormons and, even though Ryan has said he never identified with Mormonism, he has stated that the religion influenced every aspect of his life growing up. The family moved around a lot for his father's job until his parents divorced when he was 13. He and his sister were raised by their mother. Gosling attended Lester B. Pearson High School and is said to have been bullied throughout his public schooling. He and his sister sang together at weddings and Ryan performed with his uncle's Elvis Presley tribute band called Elvis Perry.  He was also involved in a local ballet company. When he was 12, he landed on The Mickey Mouse Club alongside future stars Justin Timberlake and Britney Spears. At age 17, he dropped out of high school to pursue an acting career. He landed small parts on shows like Goosebumps, Are You Afraid of the Dark?, Breaker High, and Young Hercules before he decided to move away from acting in TV and movies meant for kids.

Movie Career: Gosling earned parts in Remember the Titans and The Believer before starring alongside Sandra Bullock in Murder by Numbers. He became a household name with his performance in Nicholas Sparks' The Notebook in 2004 with Rachel McAdams. He took home an MTV Movie Award and four Teen Choice Awards for his performance in the film. He followed up the role with appearances in Stay, Half Nelson, Fracture, and Lars and the Real Girl before taking a three-year hiatus from filming movies. His work on Half Nelson got him his very first Academy Award nomination for Best Actor. The next year, he was nominated for his first Golden Globe for Best Actor for his role in Lars and the Real Girl.

When he returned to the big screen, he earned his second Golden Globe nomination for the 2010 film Blue Valentine, starring opposite Michelle Williams. By this time, Gosling had emerged as a solid actor with a wide range of talent, as well as quickly becoming known as a Hollywood sex symbol.

He followed up his critically acclaimed Blue Valentine role with three ambitious movies in 2011. First up was Crazy, Stupid, Love co-starring Steve Carell and Emma Stone. He then starred as a stuntman who moonlights as a getaway driver in critically acclaimed and well-received Drive. In late 2011, he co-starred with George Clooney in The Ides of March, a role which earned him his third Golden Globe nom for best actor.  Continuing to progress in his acting range and hone his talent, he starred in the crime drama The Place Beyond the Pines in 2012, opposite Eva Mendes and co-starring Bradley Cooper. The movie was directed by Blue Valentine's Derek Cianfrance. Gosling played the role of a motorbike stunt driver who robs banks to provide for his family. Gosling has been quoted saying it the best experience he'd ever had making a film. His performance was critically acclaimed and praised by fans.

He took a break from acting in 2013, and his directorial debut Lost River competed in the 2014 Cannes film festival, to largely negative reviews. In 2015 he was back to acting, playing a part in the financial satire The Big Short which was an Oscar Best Picture nominee in 2016. The following year may have been his biggest yet, when he starred in the smash hit movie musical La La Land. He secured a Golden Globe win for Best Actor and his second Academy Award nomination for his starring role as Sebastian. It was one of his most financially successful films, earning over $440 million against its $30 million budget. Next up for Gosling was  2017's Blade Runner 2049, which earned him praise as well-cast in the role. Gosling's next role was playing Neil Armstrong in 2018's biopic First Man, based on the book of the same name. 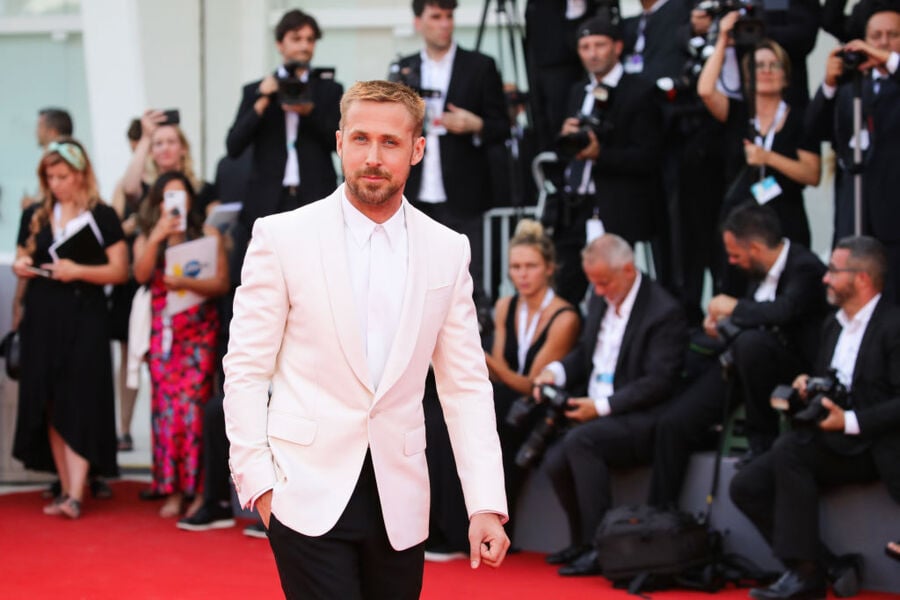 Personal Life:  Gosling dated Murder by Numbers co-star Sandra Bullock for a year. For two years in the mid-oughts, he was linked with The Notebook co-star Rachel McAdams.

Outside of acting, Gosling continues to find satisfaction from different musical ventures. He is an accomplished jazz singer and guitarist. He's part of the band Dead Man's Bones. The band released one album and performed on a 13-date tour in North America.

He co-owns a Moroccan restaurant in Beverly Hills called Tagine. He bought the restaurant "on an impulse" and spent a year renovating it. He now oversees the menu.

Gosling is active in various charities and social causes. He worked with PETA on a campaign to encourage fast-food restaurants to improve their methods of chicken slaughter. He volunteered in Mississippi in 2005 on a clean-up effort following the devastation of Hurricane Katrina. He supports Invisible Children, Inc. a charity which raises awareness about the "Lord's Resistance Army" rebel group in Central Africa. Gosling has traveled to Darfur refugee camps, and he was a speaker on Darfur at Campus Progress's National Conference in 2008. 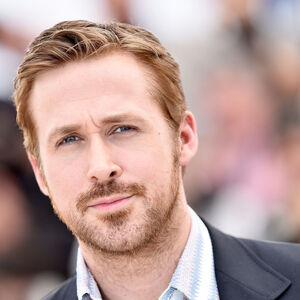