Ryan Eggold Net Worth and salary: Ryan Eggold is an American actor who has a net worth of $5 million. Ryan Eggold was born in Lakewood, California in August 1984. He participated in school theater performances in high school and studied theater arts at the University of Southern California. He signs in the band Eleanor Avenue.

Ryan's television debuts came in 2006 in the TV series Related, Brothers & Sisters, Veronica Mars, and The War at Home. In 2007 he had a recurring role in the soap opera the Young and the Restless. The same year he had a recurring role as Mike in the TV series Out of Jimmy's Head. In 2008 Eggold starred as Farber Kauffman in the series Dirt. From 2008 to 2011 he starred as Ryan Matthews in the television series 90210. He starred as Ben Wilkins in 2012 in the TV series Daybreak. Since 2013 Eggold has starred as Tom Keen in the series The Blacklist. He has starred in the films Driving by Braille, Trophy Kids, Sironia, I Will Follow You Into the Dark, B-side, Lucky Them, The Disappearance of Eleanor Rigby: Him, The Disappearance of Eleanor Rigby: Her, Beside Still Waters, The Single Moms Club, and The Disappearance of Eleanor Rigby: Them. Eggold has won awards at the Breckenridge Festival of Film and the Gen Art Film Festival. 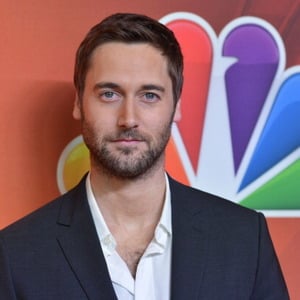