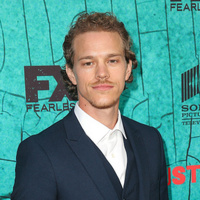 Ryan Dorsey net worth: Ryan Dorsey is an American actor who has a net worth of $2 million. He is known for his recurring roles in many TV series including Stumptown.

Ryan Dorsey was born in Charleston, West Virginia in July 1983. He was married to Naya Rivera from 2014 to 2018. Dorsey made his acting debut in the short Groovin' On in 2011. In 2015 he starred as Earl on the television series Justified. Ryan Dorsey has had recurring roles on the TV series Southland as Cody Carlos in 2013, The Mentalist as Benson in 2014, Pitch as Tommy Miller in 2016, Ray Donovan as Dime Bag in 2017, Runaways as Mike in 2018, Bosch as Sheriff in 2019, Yellowstone as Blake in 2019, and Stumptown as Leo in 2020. He has also appeared in several films and episodes of TV series including Parks and Recreation, Shameless, The Vampire Diaries, Major Crimes, Nashville, All Rise, The Rookie, and more.