Ryan Destiny net worth: Ryan Destiny is an American singer and actress who has a net worth of $3 million. Ryan Destiny was born in Detroit, Michigan in January 1995. She has been a member of the girl group Love Dollhouse. As an actress Destiny is best known for starring as Alexandra Crane on the television series Star starting in 2016.

In 2013 she starred as April Geddes on the TV series Low Winter Sun. Ryan Destiny appeared in the 2015 film A Girl Like Grace and in the video shorts Big Sean: Paradise in 2014 and Big Sean: Single Again in 2019. She has also appeared in an episode of the TV series The Wannabes Starring Savvy. She is schedule to star as Jillian on the series Grown-ish. Destiny was nominated for Teen Choice Awards in 2017 for Choice Breakout TV Star and in 2018 and 2019 for Choice Drama TV Actress for Star. 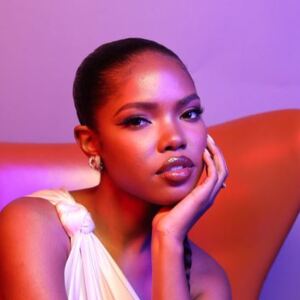