Before that Wood hosted the TV series NASCAR Trackside. In 2007 Wood hosted the series Speed Road Tour Challenge. He won the 2013 Long Beach Toyota Celebrity Race along with Adam Carolla in the Pro Category. Wood has also hosted the Fox Sports 1 television series NASCAR RaceDay and NASCAR on FOX. He attended the University of Georgia. In May 2015 he started hosting the television series Lost in Transmission. The show features Wood driving around his Georgia hometown with his friend as they fix up old classic cars. 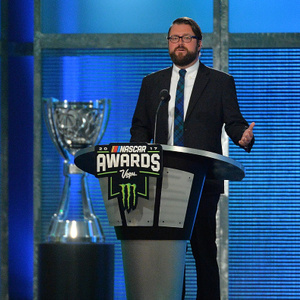