Rutina Wesley net worth: Rutina Wesley is an American actress who has a net worth of $4 million dollars. Rutina Wesley was born in Las Vegas, Nevada and graduated from the Las Vegas Academy of International Studies, Performing and Visual Arts, and then went on to graduate from the University of Evansville with a BFA in Theatre Performance, and from the Juilliard School.

She began her professional performance career in the theater, appearing in the Broadway production of "The Vertical Hour" in 2006, and in "In Darfur" at The Public Theater. She made her film debut in "How She Move", playing the lead role in 2007. In 2008, she was cast in the role that would bring her widespread recognition, as Tara Thornton on the hit series, "True Blood". In addition to her work on "True Blood", she has also provided voice over work for "The Cleveland Show" and "Generator Rex". 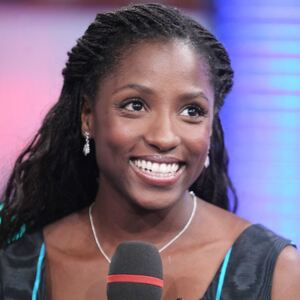