Ruth Wilson Net Worth and Salary: Ruth Wilson is an English actress who has a net worth of $7 million. She is probably best-known for her role on the Showtime drama "The Affair" which lasted from 2014 to 2019.

Ruth Wilson was born in Ashford, Surrey, England in January 1982. She modeled as a teenager and graduated from the University of Nottingham and the London Academy of Music and Dramatic Art. Wilson co-founded Hush Productions. Her first role came as the lead role in the 2006 television mini-series Jane Eyre. From 2006 to 2007 Wilson starred as Jewel Diamond in the series Suburban Shootout. In 2009 she starred in the mini-series The Prisoner. From 2010 to 2013 she played Alice Morgan on the television series Luther. In 2007 she starred in the TV movies A Real Summer and Capturing Mary. She has starred in the films Anna Karenina, The Lone Ranger, and Saving Mr. Banks. She has starred in theatre productions of Good, Philistines, A Streetcar Named Desire, Through a Glass Darkly, and Anna Christie and is a two-time Olivier Award winner. She was nominated for a Golden Globe and BAFTA Award for her role in Jane Eyre. In 2006 she finished second in a BBC viewers' poll for Best Actress. She is scheduled to appear in the film Suite Francasie and the TV series The Affair. 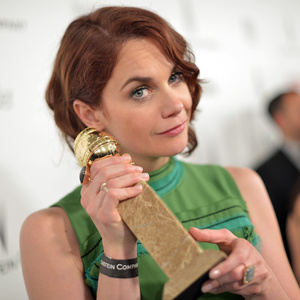