Ruth Langsford net worth: Ruth Langsford is an English television presenter who has a net worth of $5 million. Ruth Langsford was born in Singapore in March 1960. She is best known for co-presenting the ITV television series This Morning with her husband Eamonn Holmes. She started out as a continuity announcer and newscaster in South West England.

Langsford became a regular panelist on the TV series Loose Women in 1999 and left in 2002. From 2010 to 2013 she returned to the series as a stand-in anchor and joined as a regular anchor in January 2014. She was a stand-in presenter for This Morning from 2000 to 2006 before becoming co-presenter in 2006. Langsford has also appeared on the TV series GMTV with Lorraine, Gift Wrapped, Ant & Dec's Saturday Night Takeaway, Odd One In, Born to Shine, Celebrity Who Wants to Be a Millionaire?, Sunday Brunch, Celebrity Juice, Good Morning Britain, Through the Keyhole, and Celebrity Squares. 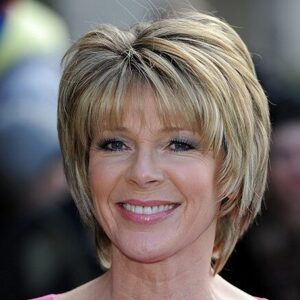