Ruta Lee net worth: Ruta Lee is a Canadian actress and dancer who has a net worth of $30 million. Lee is known for being one of the brides in the movie Seven Brides for Seven Brothers in 1954. She has over 150 acting credits to her name. Lee was also remembered for guest starring in an episode of Rod Sterling's The Twilight Zone in 1963.

Ruta Lee was born in Montreal, Quebec, Canada in May 1935. She was a regular on game shows including Hollywood Squares and What's My Line? and was co-host with Alex Trebek on High Rollers. Lee had recurring roles on the TV series Maverick, The Lineup, U.S. Marshal, Gunsmoke, 77 Sunset Strip, Perry Mason, Love, American Style, 1st & Ten: The Championship, and Coming of Age. She also appeared in episodes of the TV series Adventures of Superman, Dragnet, The Andy Griffith Show, Bonanza, The Lucy Show, Hogan's Heroes, Mork & Mindy, Three's Company, Simon & Simon, CHiPs, The Love Boat, Jake and the Fatman, Charles in Charge, Murder, She Wrote, Roseanne, and Days of Our Lives. Lee won a Golden Boot Award in 2002 and was awarded a star on the Hollywood Walk of Fame at 6901 Hollywood Blvd. in 2006.

Personal Life: Ruta was married to businessman Webster Lowe from 1976 until his death in July 2020. Webster was the founder of several popular restaurant chains, notably the Bonanza Steakhouse that he grew to 220 locations in more than 30 states.

Ruta and Webster acquired homes in Manzanillo, Mexico, Fort Worth, Texas and Palm Springs, California in addition to her longtime Los Angeles mansion.

Ruta has been heavily involved in a mental health charity called The Thalians for over five decades. She has reportedly helped the organization raise more than $50 million for this and other charities. 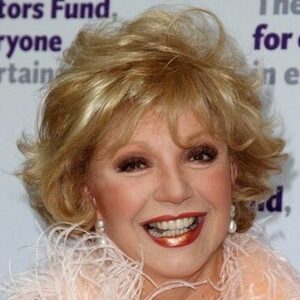