Russell Hornsby net worth: Russell Hornsby is an American actor who has a net worth of $4 million. Russell Hornsby was born in Oakland, California in May 1974. From 2000 to 2001 he starred as Dr. Aaron Boies in the television series Gideon's Crossing. Hornsby starred as Marcus Bradshaw on the TV series Haunted in 2002.

In 2003 he starred as Leon Taylor in the series Playmakers. From 2007 to 2009 Hornsby starred as Eddie Sutton in the television series Lincoln Heights. Since 2011 he has starred as Hank Griffin in the TV series Grimm. Hornsby has starred in the films Fences, LUV, Stuck, Something New, Forgiven, Get Rich or Die Tryin', Edmond, After the Sunset, and Big Fat Liar. He has also appeared in episodes of the TV series Law & Order, Wonderland, Girlfriends, Grey's Anatomy, Law & Order: Special Victims Unit, In Treatment, The Good Wife, Shameless, Suits, and more. In 2017 Hornsby was nominated for a Screen Actors Guild Award for Fences. 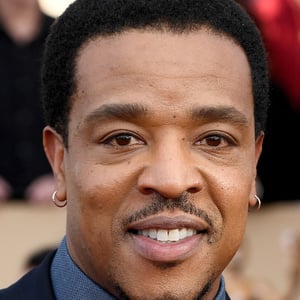