How much is Russell Crowe Worth?

Russell Crowe Net Worth and Salary: Russell Crowe is an actor, film producer, and musician who has a net worth of $100 million dollars. Though Crowe began his career on television, he rose to international fame for his Academy Award-winning role as Maximus Decimus Meridius in 2000's "Gladiator." He also received critical acclaim for the movies "The Insider," "A Beautiful Mind," and "Cinderella Man." Russell has played in the bands 30 Odd Foot of Grunts and Russell Crowe & The Ordinary Fear of God, and since 2006, he has co-owned the South Sydney Rabbitohs, a National Rugby League team.

Early Life: Russell Crowe was born Russell Ira Crowe on April 7, 1964 in Wellington, New Zealand. His parents, Jocelyn and John, were film set caterers, and John was also a hotel manager. His maternal grandfather was a cinematographer, and Russell is also related to 3 cricket players, cousins Martin Crowe and Jeff Crowe and uncle Dave Crowe. His family moved to Sydney, Australia, when Russell was 4, and he made his acting debut in an episode of "Spyforce" in 1972 (the show's producer was Jocelyn's godfather). Crowe attended Vaucluse Public School and Sydney Boys High School before the family moved back to New Zealand when he was 14. In New Zealand, he attended Auckland Grammar School with brother Terry and cousins Martin and Jeff, then moved on to Mount Roskill Grammar School, which he dropped out of at 16 to focus on acting.

Acting Career: In 1986, Crowe booked his first professional theatre job, playing Eddie and Dr. Scott in a New Zealand production of "The Rocky Horror Picture Show." He appeared in this production for 2 years and reprised his roles in a touring Australian production. In 1988, Russell played Mickey in an Australian production of "Blood Brothers" and Johnny in "Bad Boy Johnny and the Prophets of Doom" the following year.

Russell appeared on 4 episodes of popular Australian soap opera "Neighbours" in 1987 and was cast in his first film, The Crossing," in 1990. He was soon cast in "Blood Oath" (called "Prisoners of the Sun" in some countries), "Proof," "Spotswood," and "Romper Stomper," winning Australian Film Institute awards for both "Proof" and "Romper Stomper." Crowe began starring in American films in 1995, co-starring with Denzel Washington in "Virtuosity" and Sharon Stone, Gene Hackman, and Leonardo DiCaprio in "The Quick and the Dead." Russell earned Academy Award nominations for 1999's "The Insider," 2000's "Gladiator," and 2001's "A Beautiful Mind." He has appeared in more than 40 movies, including "Master and Commander: The Far Side of the World" (2003), "American Gangster" (2007), "Robin Hood" (2010), "Les Misérables" (2012), and "The Mummy" (2017). He returned to his television roots in 2019, playing disgraced Fox News executive Roger Ailes in Showtime miniseries "The Loudest Voice." 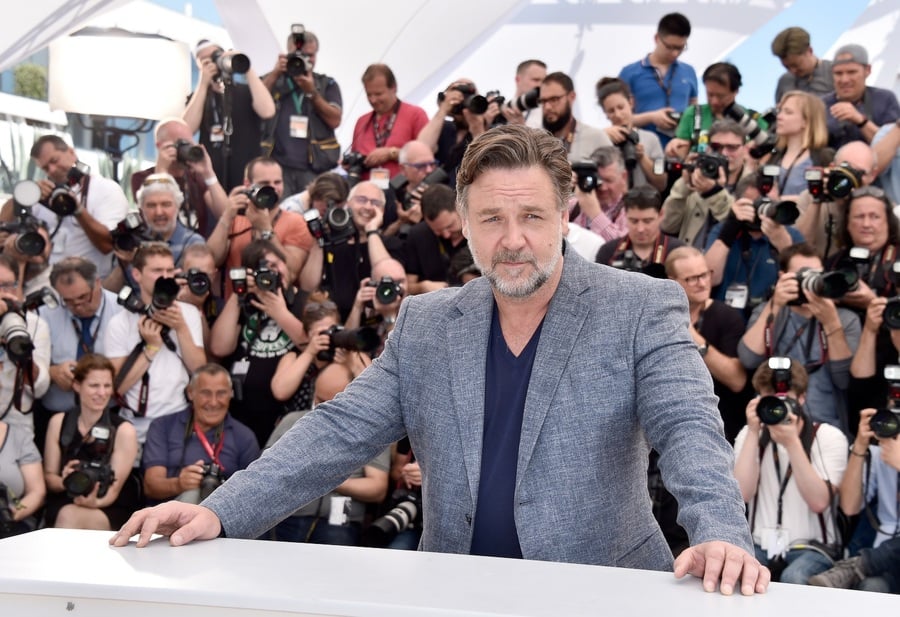 Music Career: Russell began performing music in the early 1980s, using the stage name "Russ Le Roq." In 1984, he managed a music venue, Auckland's The Venue, and he released several singles in New Zealand, including "I Just Wanna Be Like Marlon Brando" and "Shattered Glass." Crowe started a band with friend Billy Dean Cochran in the 1980s; the band was originally called Roman Antix but came to be known as 30 Odd Foot of Grunts in 1992. The band released an EP, 3 full-length albums, and a live DVD before disbanding in 2005. Crowe began collaborating with Canadian musician Alan Doyle and formed the band Russell Crowe & The Ordinary Fear of God, which soon embarked on a sold-out U.S. tour. In 2017, Crowe and Doyle formed a new band called Indoor Garden Party, which features Russell's "Les Misérables" co-star Samantha Barks, actor Scott Grimes, and Swedish musician Carl Falk.

Personal Life: Crowe married Australian singer Danielle Spencer (his co-star in "The Crossing") on his 39th birthday, April 7, 2003. They had 2 sons together, Charles (born in December 2003) and Tennyson (born in July 2006), before separating in 2012. Their divorce was finalized in April 2018, and Russell held an auction called "The Art of Divorce," making $3.7 million off of items and memorabilia he accumulated during his marriage.

Crowe has been involved in several altercations and was arrested in 2005 after throwing a telephone at a concierge at the Mercer Hotel in New York City. He was charged with second degree assault and fourth-degree criminal possession of a weapon (the phone); he didn't serve any jail time, but he was sued by the concierge.

Philanthropy: While filming "Cinderella Man" in Canada, Russell donated money to a Jewish elementary school after its library was damaged in an anti-Semitic firebombing. He also donated $200,000 to an Australian primary school in order to help them build a swimming pool and raised $400,000 for the New South Wales Rural Fire Service during Australia's 2019 bushfires.

Awards and Honors: Crowe has won several awards, including an Academy Award, 4 Australian Academy of Cinema and Television Arts Awards, 2 Golden Globe Awards, and a Screen Actors Guild Award. In 2009, Australia Post released commemorative "Legends of the Screen" postage stamps, and Russell appeared as himself and as his character from "Gladiator." He received a star on the Hollywood Walk of Fame in 2010.

Real Estate: In 2001, Russell paid $9.2 million for a waterfront home in Sydney and sold it for $11.5 million in 2013. Crowe and Spencer bought a Woolloomooloo penthouse for $14.35 million in 2003 and paid $10 million for a Rose Bay mansion in 2011; Russell transferred the Rose Bay home to Danielle after their divorce was finalized. Crowe also own property in New South Wales, which was scorched by Australian bushfires in 2019. 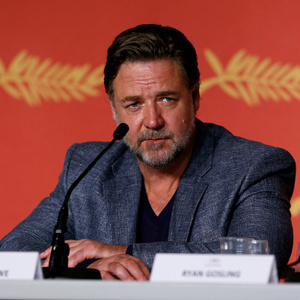