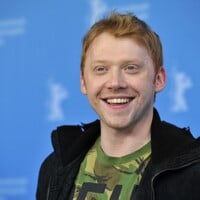 What is Rupert Grint's net worth and salary?

Rupert Alexander Lloyd Grint is an English actor who has a net worth of $50 million. Rupert Grint gained worldwide fame and fortune for his star role as Ron Weasley in the successful Harry Potter film series.

Grint was born in Harlow, Essex, England on August 24, 1988. He is the oldest of five siblings.

As a child, Grint was interested in theatre and performed in a number of his school's productions. He also joined a local theatre group, Top Hat Stage & Screen School.

He was a fan of JK Rowling's Harry Potter novels and dreamed of securing a role in the upcoming films. Prior to auditioning for the film adaption of Harry Potter and the Sorcerer's Stone in 2000, he created a clever video rapping about how he wanted to play Ron Weasley and sent it to the film's casting team. The video made an impression and ultimately helped him secure the role, even though he had never acted professionally before. Grint was just 11 years old when he was cast as Weasley.

Grint eventually left school at the age of 16 to focus on his acting career.

Grint made his debut screen appearance when Harry Potter and the Sorcerer's Stone was released in 2001. The critically acclaimed movie broke records and was 2001's highest-grossing film. It grossed $975.1 million at the box office worldwide. 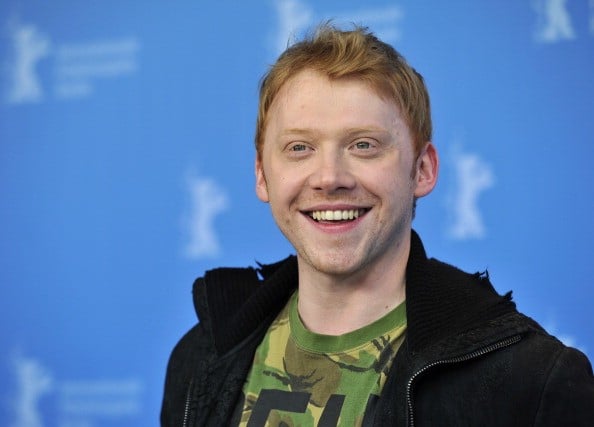 In 2007, Grint ranked number 16 on a list of the Top 20 Earners under Age 25. Plus, he is one of the highest grossing actors worldwide. He earned $4 million for 2007 "Harry Potter and the Order of the Phoenix". He then earned $30 million for Deathly Hallows Parts 1 and 2, combined. After adjusting for inflation, Grint earned at least $70 million from Harry Potter base salaries alone.

For his role as Ron Weasley, Grint won a Satellite Awards for Best Supporting Young Actor Award and a Young Artist Award for Most Promising Young Newcomer, both in 2002. He received a nomination for Best Performance by a Male from the National Movie Awards in 2007.

Additional acknowledgements include MTV Movie Award nominations in 2006, 2011, and 2012. He won a MTV Movie Award for Best Cast with Radcliffe, Watson, and Tom Felton in 2012.

In a 2018 interview with The Radio Times, Grint admitted that he had no clue how much money he actually had. "I actually don't know how much I have," he said. "I couldn't even really guess."

Grint made an appearance in English singer-songwriter Ed Sheeran's "Lego House" music video in 2011. The music video was filmed at the Forum, University of Hertfordshire.

In August 2014, Grint made his Broadway debut as Frank Finger in It's Only a Play at the Gerald Schoenfeld Theatre. His last performance was in January 2015. He has also done voiceover work for TV and radio programs in England.

In 2019, Grint was cast as Julian Pearce in Apple TV's American psychological horror television series Servant, which was created and written by Tony Basgallop and produced by M. Night Shyamalan.

Grint is involved with several charitable causes. In 2010, he participated in the Wacky Rally in 2010, which raised money for Britain's Royal National Lifeboat Institution, as well as a design competition to benefit Luton's Keech Hospice Care. He has also supported Cancer Research UK's Little Star Award since 2011.

At press time, Grint is currently relationship with fellow English actress Georgia Groome. They have been together since 2011.

One of Grint's childhood dreams was to be an ice cream man, so after years of hard work, he took the plunge and purchase an ice cream truck of his very own.

During the 2012 Summer Olympics in London, Grint carried the torch during the Olympic Torch Relay.

Over the years, Grint has invested in a number of properties in Hertfordshire. He lives in an 18th-century mansion, set on 22 acres, that he bought for $7 million. The residence has six bedroom suites and both an indoor and outdoor pool.

Grint also purchased a $4.4 million home nearby for his parents, Nigel and Joanne, that features a putting green and a lake. Additionally, Grint and his father are the co-owners for a $550,000 house, which they renovated and now rent out.