Rupert Friend net worth: Rupert Friend is an English actor, writer and director who has a net worth of $4 million dollars. Born in Oxfordshire, England, in 1981, Rupert Friend attended the Webber Douglas Academy of Dramatic Art in London. His first role as Billy Downs in "The Libertine" earned him a 2005 Satellite Award for Outstanding New Talent.

He is perhaps best known for his portrayal of Mr. Wickham in "Pride & Prejudice". Other TV and film credits include "Mrs. Palfrey at the Claremont", "The Moon and the Stars", "Outlaw", "Virgin Territory", "The Boy in the Striped Pajamas", "The Young Victoria", "5 Days of War", "Homeland" and "The Zero Theorem". Friend also gained notoriety for his high-profile five-year relationship with Oscar-nominated actress Keira Knightley that ended in 2010. 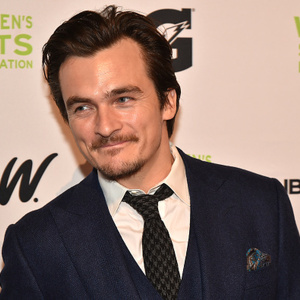